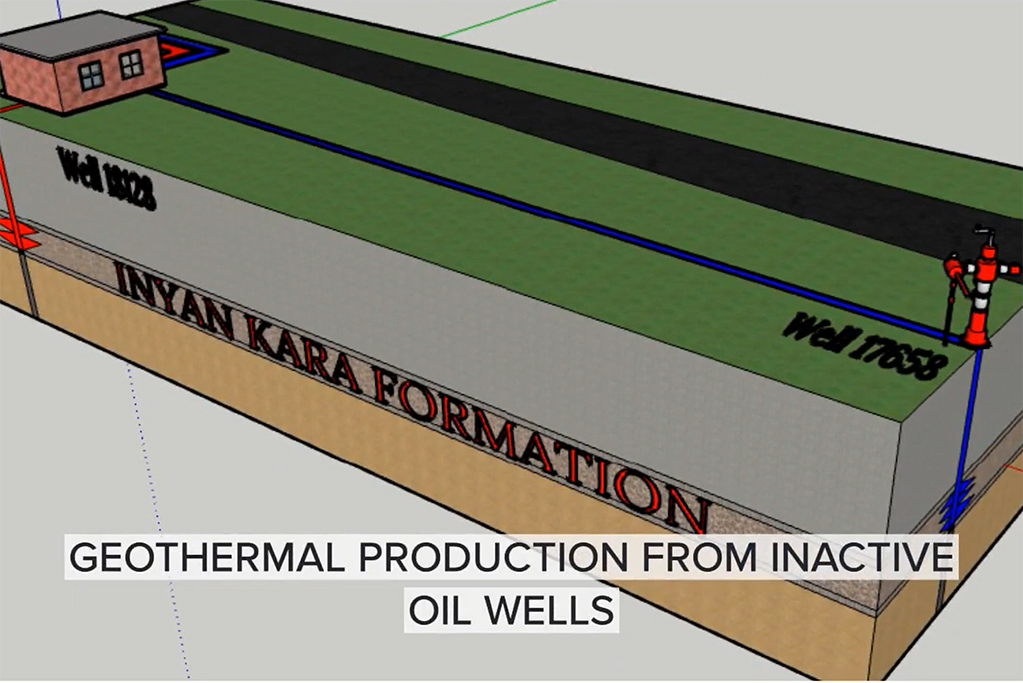 A team from the University of North Dakota College of Engineering & Mines will be in New Town, ND, on Friday, November 4, to introduce a geothermal energy project to the community.

Taking place from 3:30 to 7:30 pm at the Community Building of Northern Lights, this event is designed to inform the public about the production of energy in the geothermal district, and to provide a forum for discussions between local leaders to consider renewable energy sources.

The idea of ​​a combined heat and geothermal energy system in the New Town area has won a national award in 2021. A team from UND, in collaboration with the University of Reykjavik, won first place in the US Department of Energy’s Geothermal Collegiate Competition.

A group of students researched the use of existing natural gas resources to generate heat, food and jobs in Mandaree, ND – located south of New Town, across from Lake Sakakawea.

Both the Mandaree and New Town projects were made possible by the work of graduate students in the Harold Hamm School of Geology and Geological Engineering, said Will Gosnold, professor of geology and geological engineering and lead advisor to the student group. Faculty and graduate students at the College have been conducting geothermal energy research with funding from the US Department of Energy for the past two decades, he added.

“We are now working with the North Dakota Department of Commerce to establish a geothermal industry in North Dakota,” Gosnold said. “Raising the visibility of that effort with this community festival, which highlights the potential of Mandaree and the New Town, is progress towards that goal.”

As oil and gas wells reach the end of their useful lives, they can be reused to harvest geothermal heat from the ground to heat homes and create economic development opportunities, UND students proposed in 2021. The Mandaree — located between the Williston Basin and the Bakken Formation — was a key testing ground for the idea.

According to the team’s video proposal for the competition, the system could draw hot water from underground aquifers to provide heat. The water would later be pumped back into the aquifer to prevent depletion of the well. Temperatures in the aquifer below Mandaree, in particular, are over 158 degrees Fahrenheit.

Regarding the possible opportunities in using renewable energy, the team proposed a greenhouse in Mandaree that could provide fruits and vegetables. Jobs will also be created around the maintenance of the system, which had a planned life of 50 years.

And, according to Gosnold, the project developed in Mandaree has the potential to benefit hundreds of people, if not thousands, as the programs are known and replicated.

“North Dakota has a large geothermal energy resource in the Williston Basin, and we are encouraged by this upcoming New Town event and the interests and activities of others,” Gosnold said. “If that facility is developed, all of the heating and cooling needs and most of the electricity needs will come from a renewable, geothermal source.”