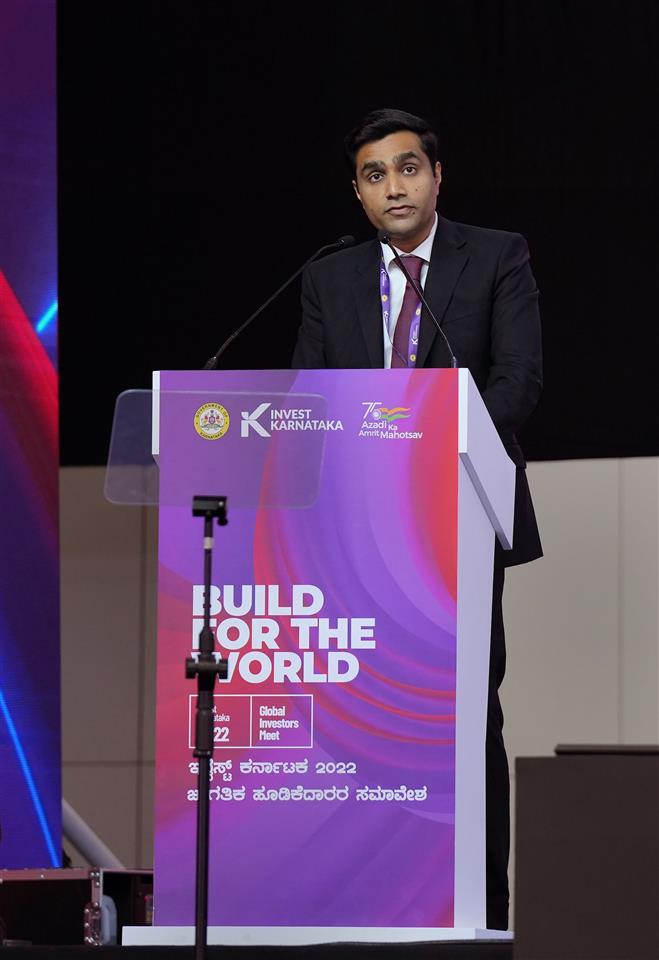 The Adani Group has plans to invest close to Rs 1 lakh crore over the next seven years in Karnataka as it seeks to expand its footprint in various sectors, Adani Ports and SEZ Limited CEO Karan Gautam Adani said on Wednesday.

He said having invested over Rs 20,000 crore in Karnataka till date, the business group is active in various sectors in the state, from cement, power, city piped gas and edible oil to transport, logistics and digital.

Adani said this at the inauguration of the three-day ‘Invest Karnataka 2022’-Global Investors Meet.

“When I combine all the sectors that we will invest (in) and that we will grow in the state of Karnataka, we will see close to Rs 1 lakh crore of investment in the next seven years,” Adani said.

“As the largest solar energy developer in the world, Adani Group will invest more in the renewable energy sector in Karnataka,” he said.

The company has an installed cement production capacity of over seven million tonnes across four plants in Karnataka, and it will look to expand its footprint in this sector as well, he said.

The Mangaluru International Airport (owned by Adani Airport Holdings, a subsidiary of the Adani Group), is undergoing renovation and “we will expand that airport as well”, the CEO said.

Adani Wilmar is increasing its presence in the Karnataka city of Mangaluru, he said.