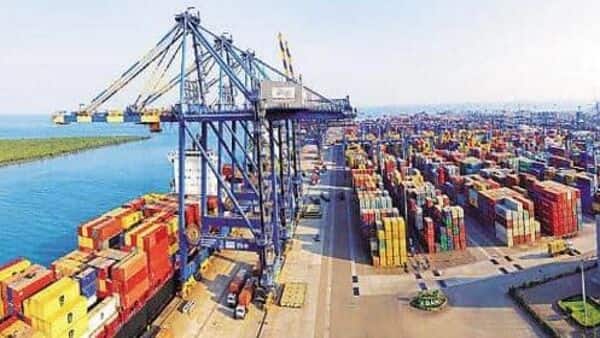 Adani Ports and Special Economic Zones Ltd (“APSEZ”) achieved a new milestone by crossing 300 million metric tonnes of cargo volume by the end of the financial year on 31 March 2022. With that, Adani Ports continues to outpace all India cargo volume growth, with its market share increasing rapidly.

Karan Adani, Chief Executive Officer and Whole Time Director, APSEZ said, “The acceleration of our cargo volumes is a manifestation of our ability to continue to execute on our strategy.”

Now with 12 ports in its portfolio, Adani Ports has recorded a significant milestone in handling 300 million metric tons annually in a span of just 3 years. In a statement, the company noted that the three-year journey from 200 MMT to 300 MMT included a two-year period of global economic slowdown due to the pandemic.

Further, Adani said, “This achievement also underlines APSEZ’s ability to adapt to rapid changes in the wake of global markets and geopolitical uncertainties and continue its journey towards sustainable growth. I must thank our dedicated team that drives our growth and our greatness. energy work that makes it all happen on the ground. We are confident of achieving the goal of 500 MMT by 2025 and emerge as the world’s largest private port company by 2030.”

“We expect our growth to continue to accelerate given our current best-in-class capabilities and the impetus of India’s growing economy,” Adani said.

In line with enhancing its business operations, Adani Ports has also significantly implemented its commitment to sustainability. Energy and emission intensity have been reduced by around 30% from 2016 levels. Electrification of Rubber Tire Gantry Cranes (RTG) has been completed, and Quay Cranes and Mobile Harbor Cranes are underway, with 2023 as the target year of completion. The diesel-based Internal Transfer Vehicle (ITV) was replaced by the electric ITV. The first batch of 100 electric ITVs is likely to arrive in mid-2022 and the total is expected to reach 400 by 2023. Another green port initiative is a 50% discount on Port, Pilotage and Berth Rental Charges for ships using LNG as fuel. With enhanced reforestation and several other green measures already underway, APSEZ is on track to achieve its carbon neutrality target by 2025.