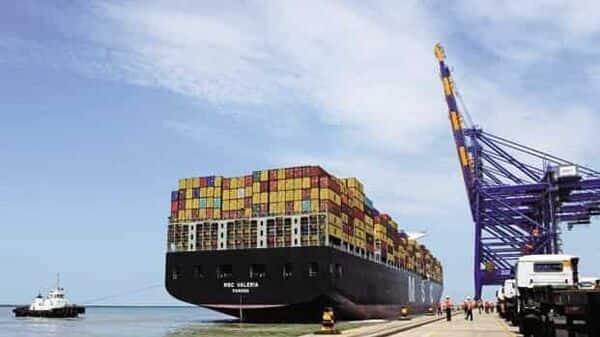 The company said the record was set in the first half (Apr-Sep) of the current fiscal.

For H1 FY23, this record cargo volume resulted in a 24% YoY jump in Port EBITDA, while logistics business EBITDA jumped 57% YoY. Logistics segment margin expansion continued with a jump of 470 basis points YoY on the back of better asset utilization and increased share of GPWIS (general purpose wagon investment scheme) revenue stream, the company said after the results.

After approval from NCLT in October, Gangavaram Port Limited (GPL) is now fully integrated with APSEZ. The GPL acquisition costs approx ₹6,200 Cr (517 million shares @ ₹120/share), APSEZ said in an update at Gangavaram. The acquisition of 58.1% stake from DVS Raju & family was through a share swap arrangement which resulted in the issuance of around 47.7 million APSEZ shares to the erstwhile promoters of GPL.