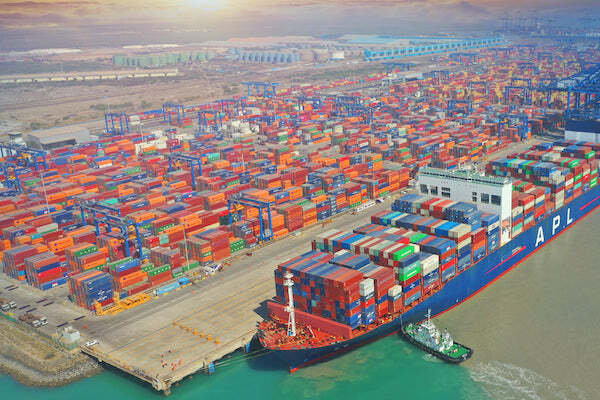 APSEZ reported that this decrease was in line with its expectations.

Adani added that the overall strong performance was delivered by both its businesses – ports and logistics.

During Q1 FY23, the company handled 90.89 MMT of cargo, which is about 8 percent year-on-year growth. The growth was mainly led by dry cargo (11.2 percent increase), followed by containers (3.2 percent), and liquids including crude (5.6 percent).

Mundra Port continued to be the largest container handling port with 1.65 million TEU compared to 1.48 million TEU handled by JNPT port during the quarter. Mundra crossed 50 MMT of cargo volume in the first 111 days of FY23.

Revenue from the logistics business stood at Rs 360 Cr ($45 million), a growth of 34 percent due to increased container and terminal traffic, and the bulk segment with an overall increase in rolling stock.

EBIDTA of the logistics business grew by 56 percent to Rs 96 Cr ($12 million). According to the company, this was helped by an increase in cargo volume, cargo diversification, elimination of loss-making routes and operational efficiency measures.

Gangavaram Port reported revenue of Rs 414 Cr ($52 million) and EBIDTA of Rs 280 Cr ($35 million) in Q1 FY23, although these figures are currently not consolidated in the APSEZ results.

“Q1 FY23 has been the strongest quarter in APSEZ’s history, with record cargo volume and highest quarterly EBITDA. This is an 11 percent jump on the strong performance in the same quarter last year which saw a surge in post-Covid demand,” commented Karan Adani, Chief Executive Officer and Whole Time Director of Adani Ports and Special Economic Zones.

“The company continued this strong performance in July and recorded 100 MMT of cargo delivery in the first 99 days of FY23, an unprecedented achievement.”

As Adani is set to commission two new terminals in the coming months, this growth will gain more momentum according to the company. The container terminal at Gangavaram Port will start operations next month, while the 5 MMT LNG terminal at Dhamra will be ready by the end of this year.

“Our strategy to connect port door to customer door through an integrated utility model is starting to pay off,” Adani added.

“We are confident of achieving our full-year guidance of 350-360 MMT of cargo volume and EBITDA of Rs 12,200-12,600 Cr ($1.5 billion). APSEZ remains committed to its philosophy of ensuring sustainable growth in partnership with our key stakeholders.”

Most recently, Adani Port and the Israeli firm Gadot and won the tender for the sale of Haifa port.

The group will buy the port for a total of $1.18 billion. Adani Ports will have a 70 percent stake and Gadot will hold the remaining 30 percent.