Adani Ports share price: Shares of Adani group companies succumbed to selling pressure amid heavy selling on Thursday. The stock, however, has rewarded investors with returns of nearly 17 percent over the past month and analysts see more upside ahead.

The stock almost gave up all of the previous day’s gains, boosted by positive management commentary and a target price increase by Jefferies.

Adani Port had emerged as the successful bidder for the project in February.

“The mechanization and upgrading of the Haldia Bulk Terminal gives us an opportunity to strengthen APSEZ’s footprint in Bengal… We remain committed to further accelerate Bengal’s ever-growing industry and economy,” said Karan Adani, Chief Executive Officer and Whole Time Director of Adani Ports.

The special purpose vehicle formed to implement the project will get the right to design, build, finance, operate, maintain and manage a bulk terminal with a capacity of 3.74 million tonnes per annum for a concession period of 30 years at the Haldia Dock Complex in Haldia, according to a regulatory filing.

Shares of Adani Ports have rewarded investors with returns of nearly 17 per cent in the past one month, amid a rally across the group, a period in which the benchmark Nifty50 has declined 0.7 per cent.

Jefferies this week raised its target price for Adani Ports and SEZ shares by 29.4 percent to Rs 1,100, raising its earnings estimate for Adani group companies by 3-7 percent for the current financial year to the year ending March 2025. 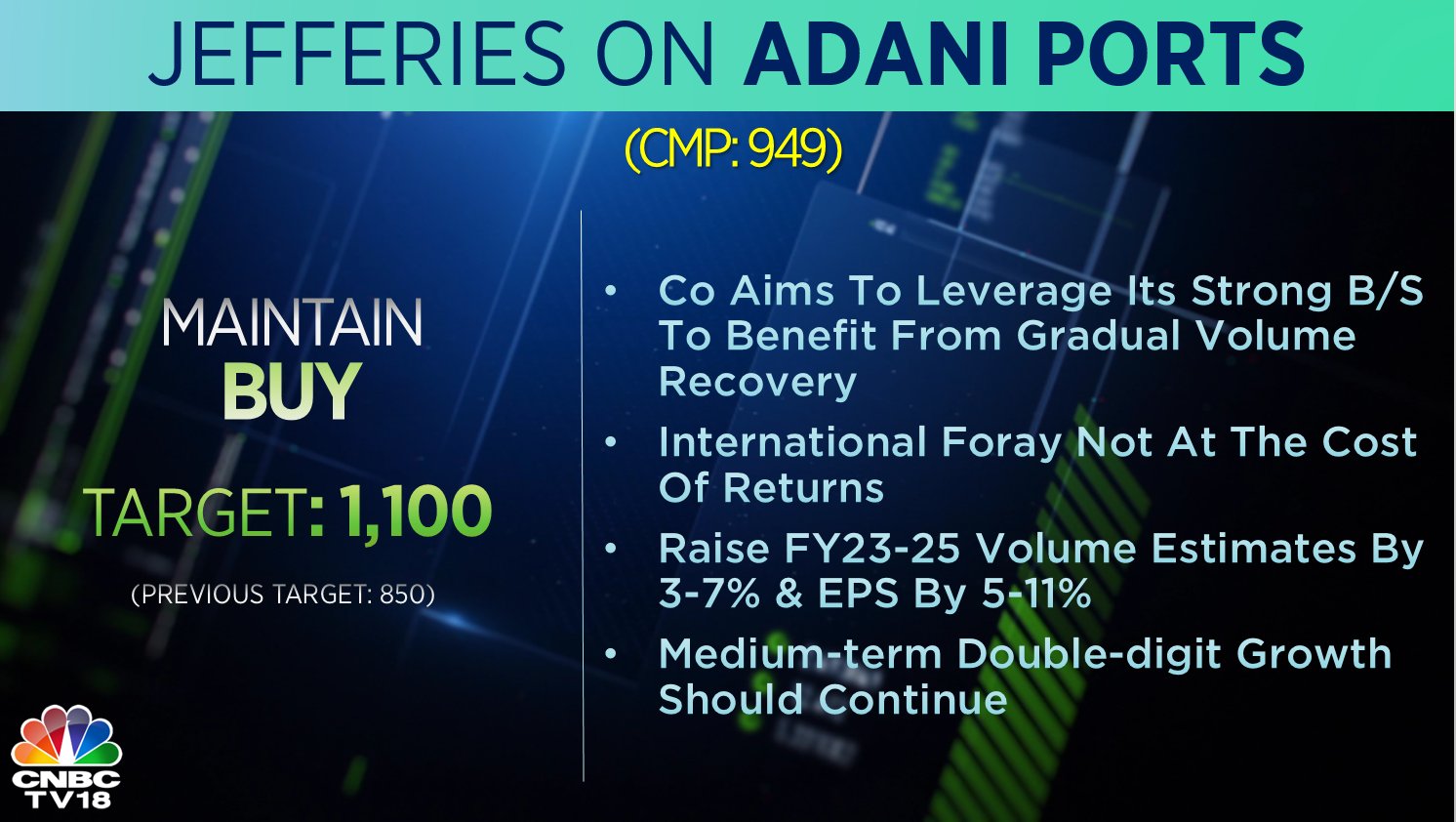 Positive on the company’s plans to leverage its strong balance sheet to benefit from a gradual recovery in volumes, the brokerage believes the company’s double-digit growth will continue in the medium term.

Citi also has a ‘buy’ rating on Adani Port with a target price of Rs 1,105. Positive brokerage on the company’s growing superiority in the industry through organic and inorganic routes.

Citi believes the company is likely to continue its strong operating performance, which would drive a re-rating for the stock. Meanwhile, Adani Enterprises — the flagship of the Adani group — will replace Shree Cement in the Nifty50 from September 30. This will make Adani Enterprises the second Adani stock to be included in the benchmark index.