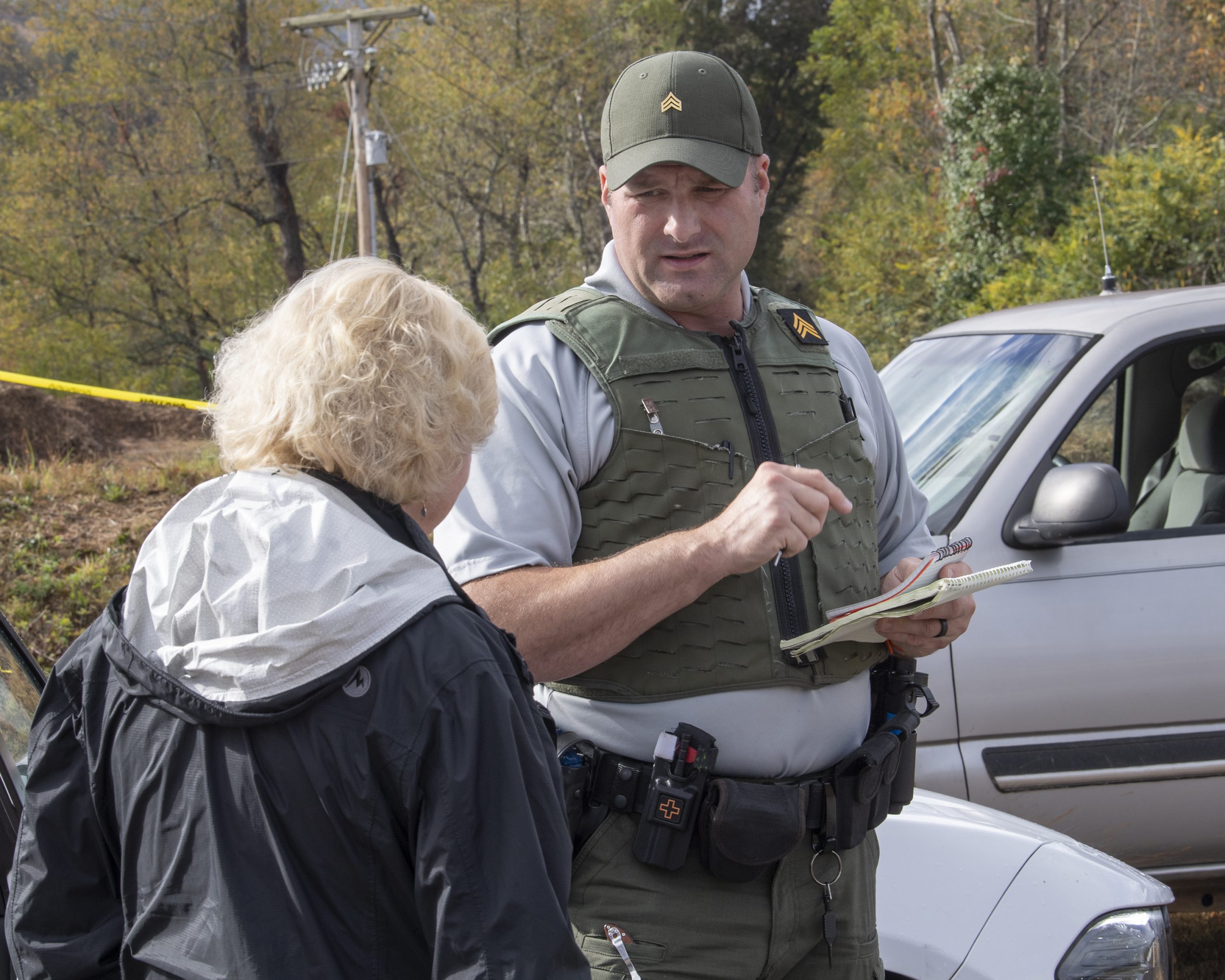 Arin Cannon does not use the parking lot reserved for veterans at Southwest Community College’s Public Safety Training Center.

The retired Army Ranger doesn’t have much to say about the Silver Star he earned while serving in Afghanistan.

His athleticism hides the fact that he is an amputee, and most recruits at SCC’s National Park Service-Park Ranger Law Enforcement Academy (NPS-PRLEA) have no idea they are training with a true American hero.

“It’s unreal to me to look at him and know what he’s been through and what he’s seen,” said Christopher Roberson, 31, of southeast Missouri. “You can see from the outside that he’s lost a leg in battle, but it’s amazing to see the way he goes through all of our physical experiences. He never gave up and you would never know he had been through anything.

SCC has hosted more than 100 law enforcement academies for the Park Service since 1978. Cannon is the most decorated military veteran ever, said Zach Dezarn, Southwest NPS-PRLEA coordinator.

That made the decision to designate Cannon as “section sergeant” — the highest rank in the unit — easy.

“The thing that stands out to me about it is how accomplished Mr. Cannon is, but he’s still very humble,” Dezarn said. “His level of experience and training far exceeds that of his peers, but he still holds them in high esteem. He trains and works with them and has become an asset to the class… It’s a very special situation that we’ve had in this academy.

During his 26-year military career, Cannon rose to the rank of sergeant major — his highest enlisted rank.

The Silver Star Medal is one of the highest awards for bravery that can be awarded to a member of the US military. Cannon was recognized for his actions during his first deployment to Afghanistan shortly after 9/11.

“There was one incident where we found a Navy SEAL that was separated from the group, and I was one of the leaders of the rapid reaction force that went in to rescue him,” Cannon said. “During the war, it was the longest war the United States had been in since Mogadishu. I hate to call it cliché, but it was kind of a ‘baptism by fire’ for us as people and as a country.

Cannon began his military service in 1996 after graduating from high school in Florida, and made his debut in 1.St Ranger Battalion in 75Th Ranger Regiment.

He was first deployed in December 2001 and has continued as the Special Forces Commander for the last 24 years of his military career.

He traveled to the Middle East, North Africa and Europe.

Asked how he felt about the country he had served, defended and protected for three decades, Cannon said, “I have as red blood as an American can. What we need to realize is that information is available at a greater speed and accessibility than anyone in history has ever seen before. So I don’t think things are much different from the past in our history. I think it’s more in our face. The more we look inward and take care of our neighbors and influence the things that you have control over and let things play out – the better off we’ll be.”

Finally, in 2018, he underwent an amputation to remove part of his injured leg below the knee. He now uses a prosthesis that enhances his mobility. He starts working out at 5 a.m. every day and does a full set of Crossfit training and physical therapy before going through the academy’s rigorous daily regimen.

“It makes you want to work harder and lets you know when you’re in a situation that you’re not out of the fight,” Roberson said. “I mean, look at the canon and all the stuff that’s gone through. In the real world, if we (recruiters) are fighting for our lives, he’s probably going to pop into our minds and say, ‘You’re not out of it. Get up.’ He is a great role model and mentor in this department.”

Cannon, now 45, retired last summer from a 26-year career in the military. Soon after, he enrolled in the Southwest Park Ranger Academy.

“There are some people who have a calling and realize they have the ability to do something,” he said. “And also, I’m not a ‘sit in a room’ or ‘sit on the front porch’ kind of person. My kids (ages 5 and 7) are both young, so it appeals to me to be able to be in a beautiful, natural setting while benefiting the Park Service and allowing my kids to grow up in that environment.

SCC is very grateful for the training provided by the Public Safety Training Center.

“(The Southwest NPS-PRLEA) is top notch,” Cannon said. “I’ve been involved in other areas and other schools, and I think the teachers here — and the facility — are the highest I’ve ever experienced.”

Likewise, members of the Southwestern Public Safety Training Group are pleased to have Cannon’s background as a recruit.

“Our team is always honored to serve those they serve,” said Curtis Dudle, SCC’s dean of public safety training. “We are especially honored to serve our veterans. Being recruited into an academy of Mr. Cannon’s caliber is humbling and encouraging not only to other recruits, but to our entire PSTC team as we continue to deliver on our mission. “Excellence in Training” To our public safety professionals.”

For more information about Southwestern and all the programs it offers, visit www.SouthwesternCC.edu, call 828.339.4000 or visit your nearest SCC office.