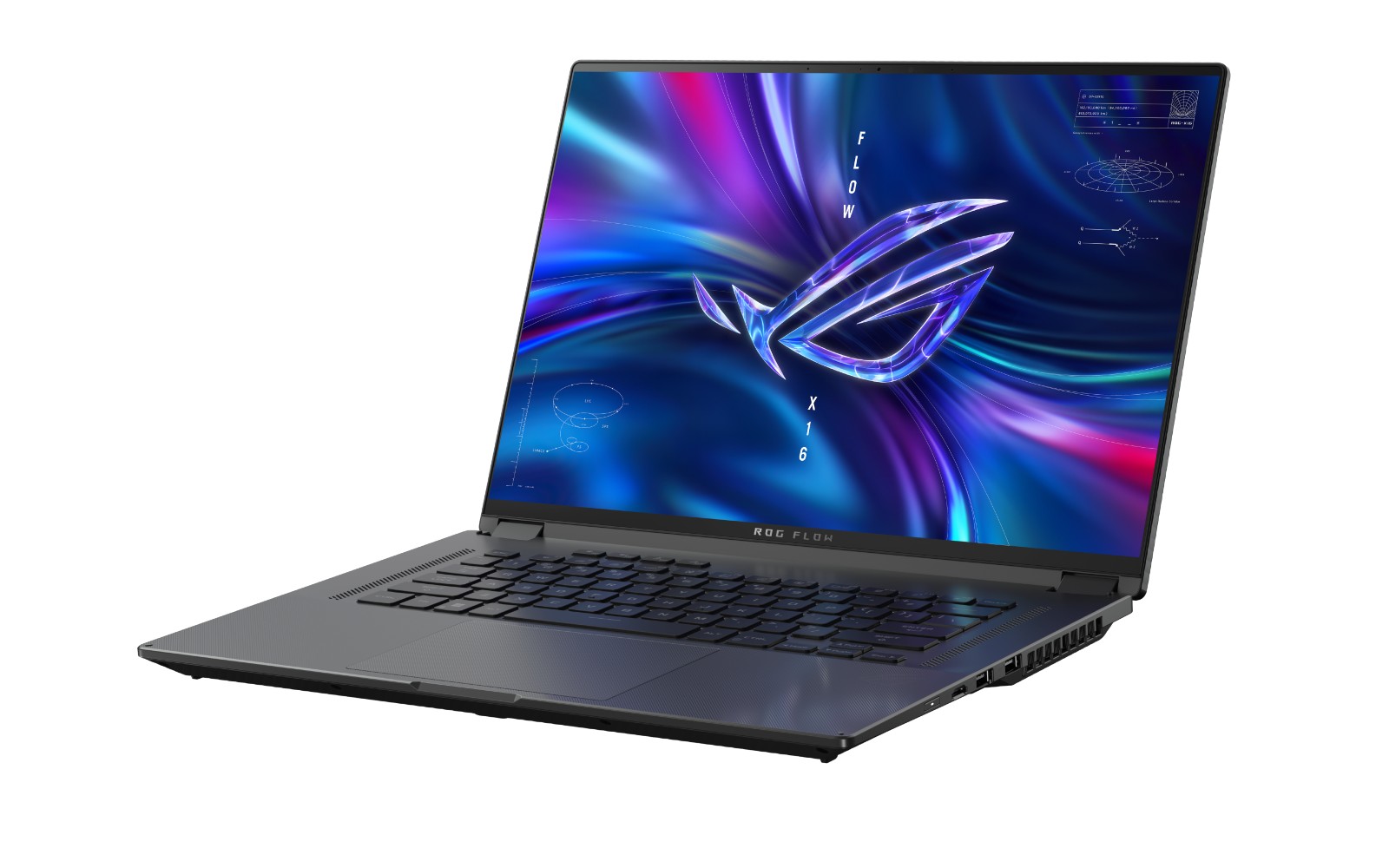 ASUS has revamped its line of gaming laptops to add the latest components from AMD, Intel and NVIDIA. Of the two computers announced today, the more interesting one is the ROG Flow X16. It builds on the company’s previous 2-in-1 games by adding an enviable display to the mix.

The X16 will come with a mini LED panel. According to the company, the QHD screen has a 165Hz refresh rate and a 3 millisecond pixel response time, in addition to 100 percent DCI-P3 coverage and 1,100 nits of peak brightness. With 512 local dimming zones, the X16 display guarantees DisplayHDR 1000 VESA certification. When it comes to gaming monitors, you’re usually forced to choose between speed and HDR performance. With the Flow X16, ASUS promises an uncompromising display, and that’s interesting if you play a mix of competitive titles and immersive single-player games.

Internally, you’ll have the option to configure the X16 with the latest Ryzen 6000 series CPUs from AMD, including the eight-core 6900HS. Also on offer are NVIDIA’s recently announced RTX Ti GPUs for laptops. ASUS didn’t forget about DDR5 either. You can configure the X16 with up to 64GB of fast 4,800MHz DDR5 RAM, and as much as 2TB of PCIe storage.

To cool all those components, ASUS has equipped the Flow X16 with a “Pulsar” heatsink and an additional fan. The company says the component will help keep computers cooler for longer. Powering everything is a 90Wh battery with built-in fast charging support, and the entire laptop weighs just under four and a half pounds.

On the I/O front, you can look forward to HDMI 2.1 connectivity, allowing you to plug the Flow X16 into the latest 120Hz TVs to play games at 120 frames per second like you would with a PlayStation 5 or Xbox Series X. The X16 also comes with a single USB 4.0 port which can act as a DisplayPort 1.4 connection. For good measure, the laptop will also ship with stylus support and a Full HD webcam compatible with Windows Hello. Pricing on the Flow X16 will start at $1,950, rising to $2,700 for the top-spec model.

On Tuesday, ASUS also announced the latest version of its ROG Strix Scar 17 laptop. The company claims the new “Special Edition” model features some of the “most powerful” components you’ll find on a mobile PC. You can configure the computer to feature Intel’s 16-core i9-12900HX CPU in combination with a GeForce RTX 3080Ti. What’s more, the SE includes a Turbo Mode, allowing both components to draw more power than usual, further improving their performance. For cooling, the CPU and GPU feature a thermal metal interface, which ASUS claims keeps components up to 15 degrees Celsius cooler than traditional thermal paste. Additionally, the company says the SE will not produce more than 40 decibels of noise when in its Performance mode.

Unfortunately, the laptop won’t come with a mini-LED display like the Flow X16, but it will feature an IPS panel with QHD resolution, a 240Hz refresh rate and a 3-millisecond pixel response time. Just like the X16, it also comes with up to 64GB of DDR5 4800MHz RAM, HDMI 2.1 connectivity and a 90Wh battery. Unique to the SE is the invisible ink finish ASUS says it took six months to develop. The finish produces blue and green light when under UV light.

Pricing for the Strix Scar 17 SE starts at an attractive $3500. ASUS expects both models to go on sale before the end of the first half of this year.

All products recommended by Engadget are selected by our editorial team, independent of our parent company. Some of our stories include affiliate links. If you purchase something through one of these links, we may earn an affiliate commission. All prices are correct at time of publication.