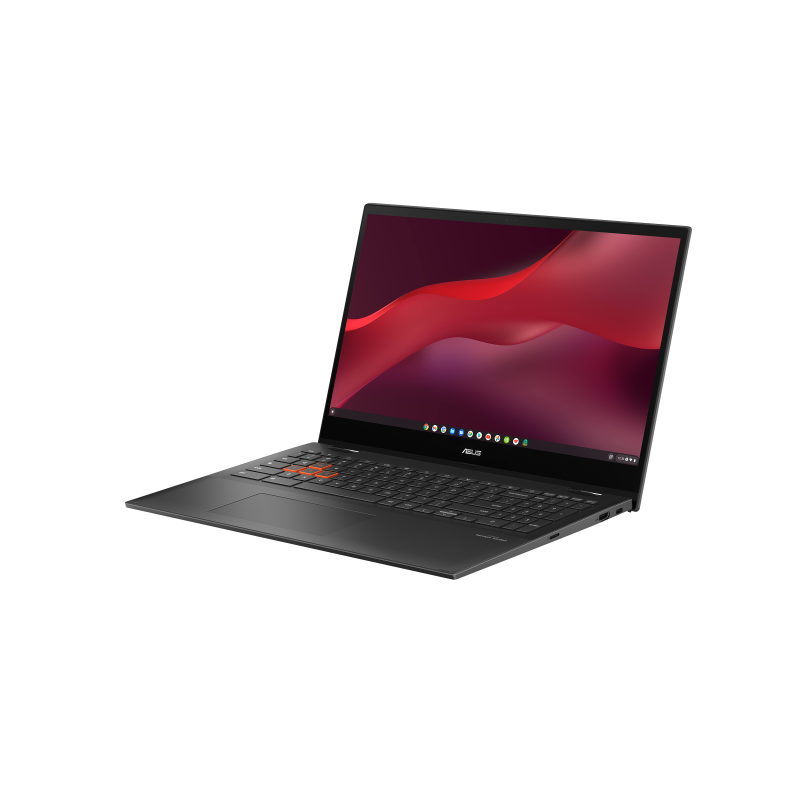 Google announced a new initiative to promote cloud gaming. In an announcement made earlier today, the search engine giant unveiled new Chromebooks from Acer, Lenovo and Asus. The Asus model is a sleek convertible designed for streaming games from cloud gaming services.

Despite being marketed towards gamers, the Vibe CX55 Flip lacks the features typically seen on most gaming laptops. For example, the keyboard has single-level backlighting instead of RGB, something found on its Chromebook cousins ​​from Lenovo and Acer. It also has compact stereo speakers (compared to the four-speaker array on Lenovo and Acer Chromebooks) and a 720p webcam.

Port selection is comprehensive. There’s a pair of USB-C 3.2 Gen 2 (10 Gbps) ports, a USB-A 3.2 Gen 2 port, a microSD card reader, a combo audio jack and an HDMI 2.0 port. The Chromebook supports Bluetooth 5.0 and WiFi 6. Powering everything is a 57 Wh battery, which can be charged via the included 45 W USB-C power adapter. The Chromebook can be pre-ordered for US$699.

The new gaming Chromebook can stream games from services like Nvidia GeForce Now, Amazon Luna and others. Valve is also developing a Chromebook-friendly version of Steam, though the service is still in Alpha.

Surprisingly, Google is pushing game streaming on Chromebooks right after announcing the end of Stadia, its in-house game streaming platform. It will be interesting to see how well (or not) the new gaming Chromebook is received by the general public. Since Chromebooks are largely marketed to the budget-minded crowd, the Asus Chromebook Vibe CX55 Flip and its ilk are probably a tough sell at $600-700.

The Asus Chromebook Vibe CX55 Flip can be pre-ordered from Best Buy or Amazon (link below) for $699. According to Best Buy’s listing, the Chromebook will ship on Monday, October 17.

I have been a computer geek all my life. After graduating college with a degree in Mathematics, I worked in finance and banking for several years before taking a job as a database administrator. I started working with Notebookcheck in October 2016 and love writing news and reviews. I’ve also written for other outlets including UltrabookReview and GeeksWorldWide, focusing on user guides and video games. My areas of interest include the business side of technology, retro gaming, Linux and innovative gadgets. When I’m not writing on electronics or tinkering with devices, I’m either outside with my family, enjoying a decade-old video game, or playing the drums or piano.