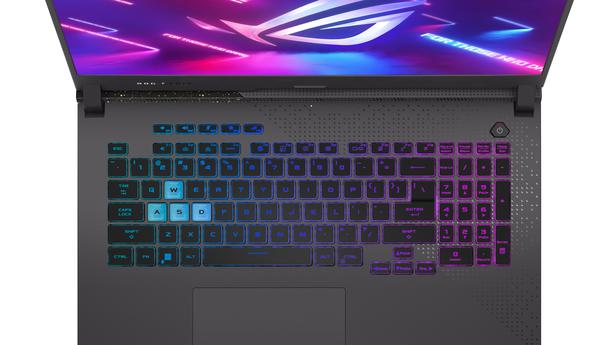 The latest laptop from the Republic of Gamers series, with striking colors and powerful settings, is perfect for streamers

The latest laptop from the Republic of Gamers series, with striking colors and powerful settings, is perfect for streamers

This writer did something to test this laptop that he is now ashamed to admit. After unboxing, opening, booting and setting up this monster of a device, he, suffering from brain fade, opened a Google Doc to test its efficiency. Dear reader, that’s like checking whether the Hubble Space Telescope can clearly display a car parked far from our window. After all, no one is going to buy the Asus ROG Strix G713 RW laptop, which starts at ₹ 1.02 lakh, to write on Docs.

This is a beast built for heavy duty gaming. So, the author, with the help of a friend, tried such a game to test its real capabilities. Before we get there, let’s take a look at the build of the machine.

The ROG Strix G713 RW dwarfs the mid-range gaming laptop with its 17.3-inch screen. Weighing in at 2.9 kilos, it’s not something you can carry around easily. Therefore, it is compact for a premium gaming laptop. There are four fan channels – while performing simple tasks like writing, the device barely exceeds 60 degrees Celsius. The charging port, LAN, HDMI and USB-C are on the back. Two USB-A ports and a 3.5mm jack are located on the left side. A few more USB-A Ports would be useful, considering this is a gaming laptop.

The laptop also comes with a large keyboard (with flashy backlit options) and a spacious touchpad. Strix’s signature sparkling lights surrounding the device have been retained. There is even a dedicated function key to change the color and rhythm of these lights. If you’re someone who is entertained by this, knock yourself out.

There is another dedicated key to open the Armory, which is similar to the performance center of the device. You can find out the laptop’s requirements, including temperature, CPU usage and GPU usage from here.

One of the best things about the Strix G713 RW is its screen. The WQHD screen with a 240 Hz refresh rate displays sharp, clear and bright images. I watched a little 4K seal video on Youtube – and, boy, I’ve never seen wet seal fur in such detail before. On a 17-inch screen, it’s stunning. Asus has also included a dual-speaker system with Dolby Atmos to complement the visuals with rich audio. Although I can feel the surrounds and the difference in sound, most of the time it is not quite audible even at maximum volume.

The gaming experience, for the most part, is good – especially for a laptop in this price range. You can experience rich visual details in high-end games. I could see the main character’s beard curl in Red Dead Redemption 2 while running it at full specs. This game, however, does not play in 60 FPS, which is considered ideal – other games, such as Shadow of the Tomb Raider have 100 FPS. Also, on more than one occasion, both games shut down due to memory errors.

The lack of speakers is felt more when playing high-end games on Turbo mode (which extracts the maximum performance of the laptop). With the fans spinning hard, it’s hard to hear sound in-game.

You need to be plugged in for heavy games like Red Dead Redemption 2. Games that don’t use too much memory, like Cricket 19, can be played without charging as well. The laptop’s four-cell 90WHrs Li-ion battery will give you close to two hours of gameplay, which is pretty good. You can also extend your battery life with two battery saving modes, which limit charging to 80% or 60%. There is also a USB-C port with 100W charging. So, if you are not going to play games, you can use a fast mobile charger.

The Asus ROG Strix G713 RW laptop, however, is for hardcore gamers. For this price range, it’s one of the best gaming machines you can get otherwise which the best.