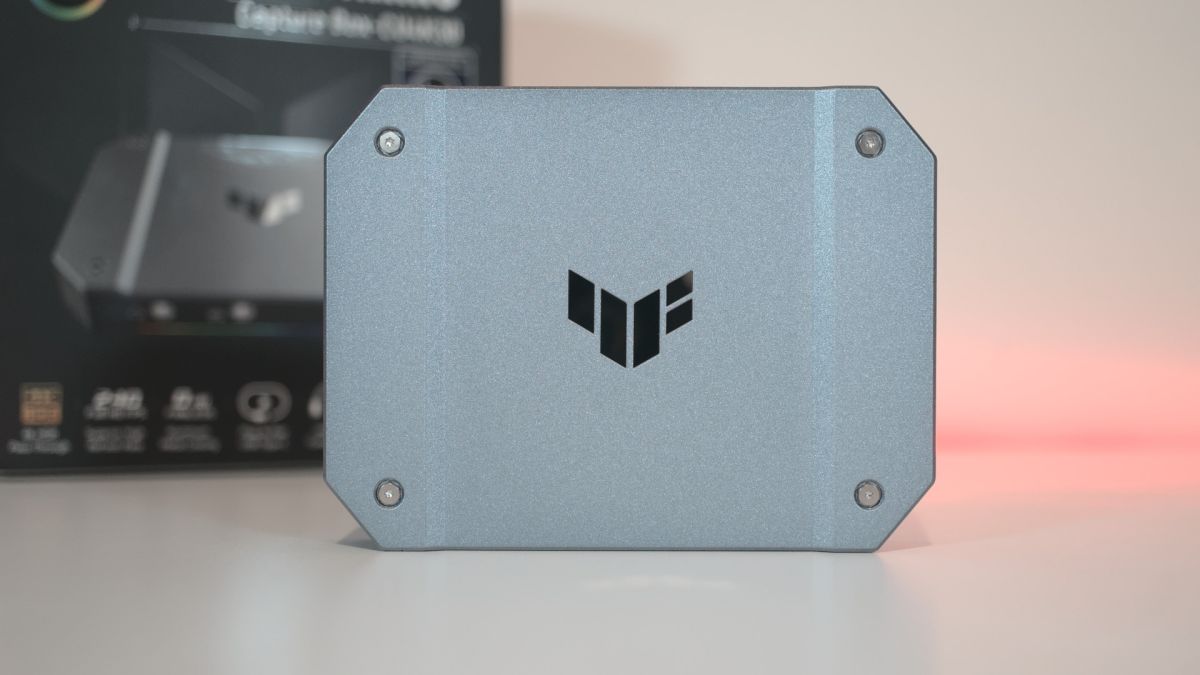 To simply enjoy your favorite PC games, you only need a monitor and a single cable. To record or stream your game, you have to rely on your CPU to get the stream to your monitor and record it to a file or through an application like Open Broadcast Software (OBS) so that others can watch.

And that’s all for local recording, but what if you also want to record footage from another gaming console or PC? That’s where the capture card comes into play and today, we’re looking at the ASUS TUF Gaming CU4K30. From the name, it’s easy to detect supported resolutions and frame rates.

This capture box is capable of handling up to 4K streams at 30 FPS. Could it be the best value capture box to buy for a budding streamer or YouTuber? Read on to find out!

ASUS priced the TUF Gaming CU4K30 aggressively. This little capture device costs only $120, which is much more affordable than some competing hardware, especially from Elgato. Capture devices are not cheap, especially when one has to factor in the cost of a PC to connect to it.

The main interface to the PC is via a single USB-C 3.2 Gen 1×1 connection. Two HDMI 2.0 ports are available for the video path, which also handles audio recording. Resolution support increases to 4K although this is limited to 30FPS only. You’ll need to switch to QHD or Full HD for higher frame rates at 144 and 240, respectively.

When purchasing this capture device, ASUS includes the following with the CU4K30 to get you up and running in no time:

RAM should be at least 8GB although 16GB is preferred and the GPU should be the best graphics card you can afford. CU4K30 will work with NVIDIA GeForce GTX 1060 or AMD Radeon RX570. As long as you match these specs (most modern PCs is supposed), you can go.

After unboxing the ASUS TUF Gaming CU4K30, it was immediately apparent how compact and portable this capture box is. Measuring 105 x 80 x 21mm and weighing just 173g, you can take this thing anywhere. Requiring nothing more than the included cable to connect all your hardware, it’s a great companion for those who frequently move between setups.

On one side of the CU4K30 is an array of two HDMI 2.0 ports, which are used for input and routing. There is one USB-C port to connect a PC to load recordings. Don’t worry if your PC doesn’t have an available USB-C port because ASUS includes a USB-C to USB-A adapter.

On the opposite side there are two 3.5mm audio ports. While the main audio is handled via the HDMI port, you can connect one of these two 2.5mm ports to your controller using the included cable. The second port can be used for a headset, allowing you to not only listen to what is being recorded via HDMI but also capture input via a microphone.

It’s not an ASUS device without RGB lighting and the TUF Gaming CU4K30 doesn’t disappoint. Whether you’re a fan of RGB lighting effects or not, this actually has function as well as form by showing the status of the capture box (and if any issues have been detected).

It’s compact, well-designed, has plenty of ports and is capable of handling 4K streams. The ASUS TUF Gaming CU4K30 looks like an excellent package before plugging it all in. It’s even better because there’s no software required to make the thing work. Just plug in all the cables and your favorite broadcast software will detect and happily communicate with the capture box.

If you want to use some form of ASUS software to manage the CU4K30, there is the ASUS Video Capture Console suite, which allows you to download and install software updates for the device. The RGB lighting can also be adjusted here, as well as the audio connection, but you won’t find any way to record any live video, which is a shame.

When using a device with OBS, the ASUS TUF Gaming CU4K30 lives up to expectations. 4K is “okay”, but really you should be looking at 1080p or 1440p to really get the most out of this device. It can do 4K at 30FPS, but we’d honestly drop more cash on a capture box that can do 60FPS.

As with other external capture devices, there is a slight delay (lag) between the output of the console and what is recorded through the chosen streaming software. This is to be expected with any form of video capture and we would recommend using a separate dedicated monitor rather than using a recording PC to play console games.

For 1080p or 1440p, the recorded footage is smooth and brilliant. Using OBS, detecting the capture box and setting everything up took less than 10 minutes. Even HDR can be sent through, which is a nice addition, although it should be noted that recorded footage is limited to SDR.

It’s good to see ASUS fleshing out its software a bit to enable recording capabilities through the same control center you use to manage the capture box. This is a minor gripe and just firing up OBS or your favorite recording app will work just fine.

There’s nothing I don’t like about the ASUS TUF Gaming CU4K30. It can record 4K even though it’s not designed to do so with stellar results. You should not exceed 30FPS for a smoother viewing experience. It is best suited for recording 1080p or 1440p streams. For the price, this is to be expected.

One device that can be considered a close competitor to the ASUS TUF Gaming CU4K30 is the excellent Elgato HD60 X. In fact, the ASUS CU4K30 has better resolution support for recording as the HD60 does not support 4K. It all depends on the desired recording quality.

Using 4K and/or high refresh rates will incur additional costs. ASUS managed to keep this level low and offer such capabilities, limited by the connection at 4K which results in a maximum refresh rate of 30Hz.

You should buy if…

You should not buy if…

For those who only want to record 4K content, the ASUS TUF Gaming CU4K30 is not designed for you. It is best suited for 1440p and 1080p recording where frame rates can comfortably reach triple digits for excellent results. It is well designed, compact and easy to use.

Not needing any ASUS background software is a bonus, although we’d like to see the official software fleshed out a bit. Whether you want to record some footage for further editing or fancy yourself as the next big thing on Twitch, the ASUS TUF Gaming CU4K30 is a solid effort to record external video streams.

The ASUS TUF Gaming CU4K30 is capable of handling up to 4K streams (hence the name). It’s not the most powerful device in its class, but it doesn’t cost a fortune either.