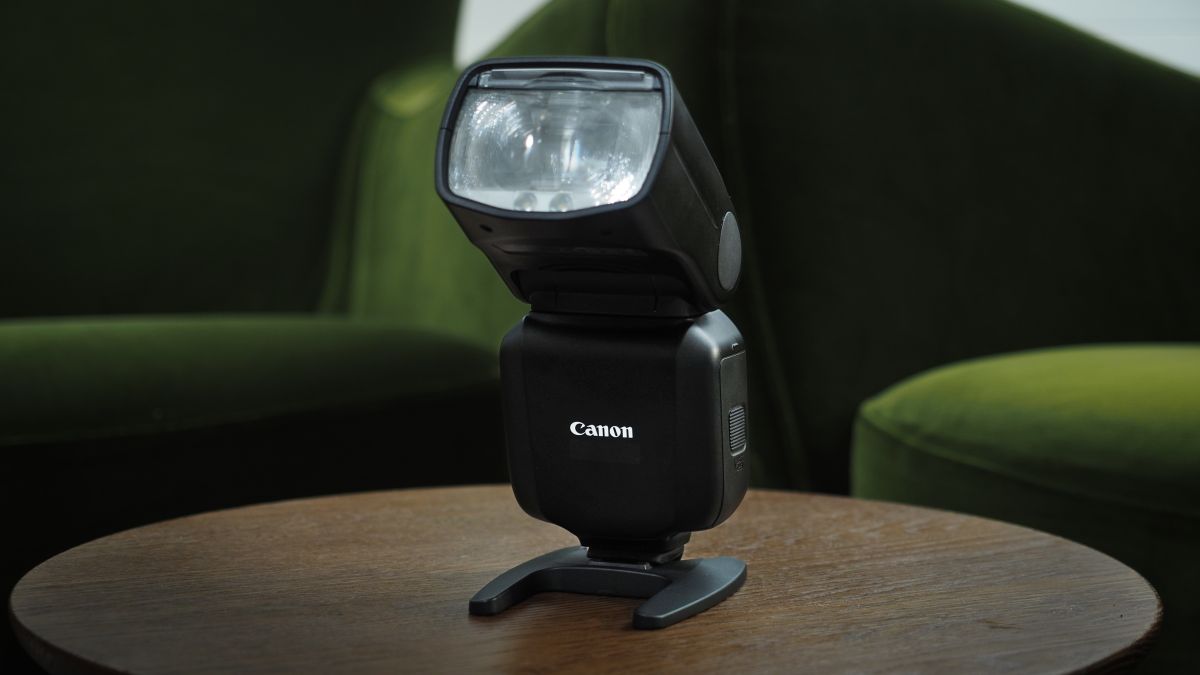 Canon has unveiled the new Canon L-5 Speedlight, priced at 60GN (guide number), with a built-in modeling light and rechargeable Li-Ion battery pack, a must-have for any event photographer.

The new shoe allows Canon accessories such as flash guns and microphones to be mounted without the need for a new generation of cables. In some cases, accessories can draw power from the attached camera battery rather than needing its own power source.

A flashgun can be too power-hungry to rely on the camera’s battery, so it’s no surprise that the L-5 comes with its own rechargeable Li-ion battery (LP-EL), which Canon says can continuously fire 85 flashes at full power, or 350 flashes on a single charge. It is said to have a fast recharge time of between 0.1 seconds and 1.2 seconds depending on the power setting. For more subtle lighting requirements, you can lower the power down to 1/1024.

Canon claims that the EL-5 Speedlite offers the same intuitive design as the Canon Speedlite EL-1. (Opens in a new tab)With the familiar joystick and button layout, it will be a great high-performance option for weddings and events and features weather sealing as well as “efficiency” passive cooling.

It has a guide number of 60, although there are many ways to measure guide numbers for various reasons, we’re eager to give it a test drive to see just how powerful it is. Its dual white LEDs can also be used as a modeling light, so you can see where your light is falling before you fire the flash. This is a feature usually reserved for larger studio flash heads, so it’s amazing to see modeling light compressed into a portable flash. It also doubles as an autofocus assist light to help you focus in dark scenes.

The L-5 features a wireless radio controller, which allows users to control up to 15 additional Speedlites, as well as a Camera Link function that allows photographers to trigger external cameras connected to the Speedlites.

Shipping will begin in February 2023, at a price TBC.