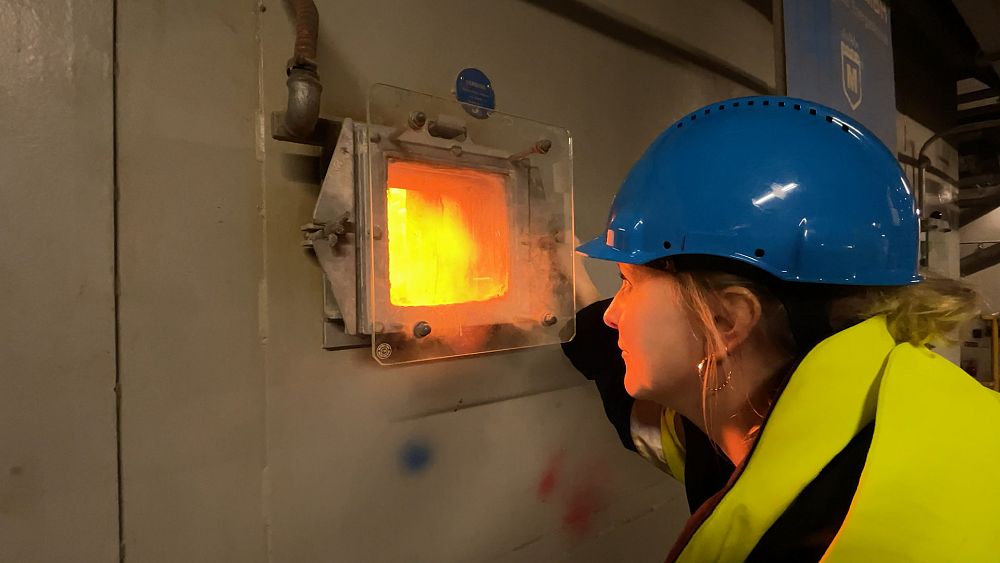 Recycling, green energy, modesty, what are the recipes when faced with an energy crisis and climate emergency? Euronews visited the city of Malmö, Sweden, known as a model of sustainable economy, to find answers.

Olof and his wife Yuki are both industrial designers, and they are proud of the products they grow, in one of the rented shares in the city of Malmö, in the south of Sweden.

For them, it is a way to save the environment by producing part of the food they eat with their two children.

In their apartment in the city center, Olof and Yuki find sustainable ways of living. They try to buy as many products as possible without packaging, and reuse paper, metal, glass, and plastics as well as biowaste, which goes into biogas production.

Fuel produced from organic waste is what drives most of the city of Malmö’s garbage trucks.

In the waste treatment center visited by Euronews, more than 600,000 tons of waste are treated annually, coming from the 14 municipalities of the area, but also sent to the rest of Europe.

Turned into sludge, the organic waste will be turned into fuel by another company. The remainder supplies the urban grid with energy.

In an effort to combat this, they are trying to work on removing plastic from burning waste and also exploring the possibility of carbon capture and storage.

The company organized a demonstration of the world’s first automatic sorting machine for used clothes, which was installed on its premises last year.

Sorted by color and fiber using optical sensors, some 24,000 tons of textile waste can be processed every year and effectively reused by manufacturers in this sector.

A promising technology on a European scale, where around 4 million tonnes of textile waste are incinerated or dumped in landfills every year.

Smart homes, renewable energy, clean vehicles, the city of Malmö has been looking at all the ways to a sustainable economy since the oil crisis of the 1970s.

A philosophy that shaped the daily life of the citizens. Bicycles are a popular mode of transport in Malmö, with 560 kilometers of bicycle paths.

In fact, bicycles represent more than a quarter of all urban traffic in this city of about 340,000 people.

65 percent of the city’s buses run on electricity, and some run on biogas. The goal is for all ships to be fully electric by 2030.

Sweden’s green brain is also on the menu at Spill, a trendy restaurant in the popular Malmö district. Here, two daily dishes are made only from waste and leftovers. According to the United Nations, more than a billion tons of food, one third of the food produced by humans, is wasted every year around the world.

The restaurant’s founder, Erik Andersson Mohlin, a former chef with two stars in the Michelin Guide, is waging a war against food waste. And his restaurant seems to be very popular with customers, 220 to 300 tables are served every day.

Over the past 30 years, Malmö’s policies have helped reduce energy consumption by 40 percent, but the city is not immune to the impact of the war in Ukraine on electricity prices.

It is indexed to the prices of the European market, and due to the decline of domestic resources, they have quadrupled since the beginning of the year.

Jonas Kamleh is a Senior Doctor of Climate and Energy Change, in the City of Malmö, “_Every year, we have an excess of electricity in Sweden.__So we export._What is happening now is that we cannot produce enough energy to cover our energy consumption and what we can export to Europe, because the demand is so great in the European market..”

Energy consolidation is as inevitable in Sweden as it is elsewhere. For Olof and Yuki, it’s the only possible option.

“The global economy is fueled by 85% fossil fuels.” Olof says. “And what we’re doing now, is we want to replace that 85% with something else. _Most of the so-called alternatives, solar, wind, are also very much included in the extractive economy._I think the way forward is to greatly reduce energy consumption and energy consumption. As long as we don’t accept that we need to change the way we live, it won’t happen.“