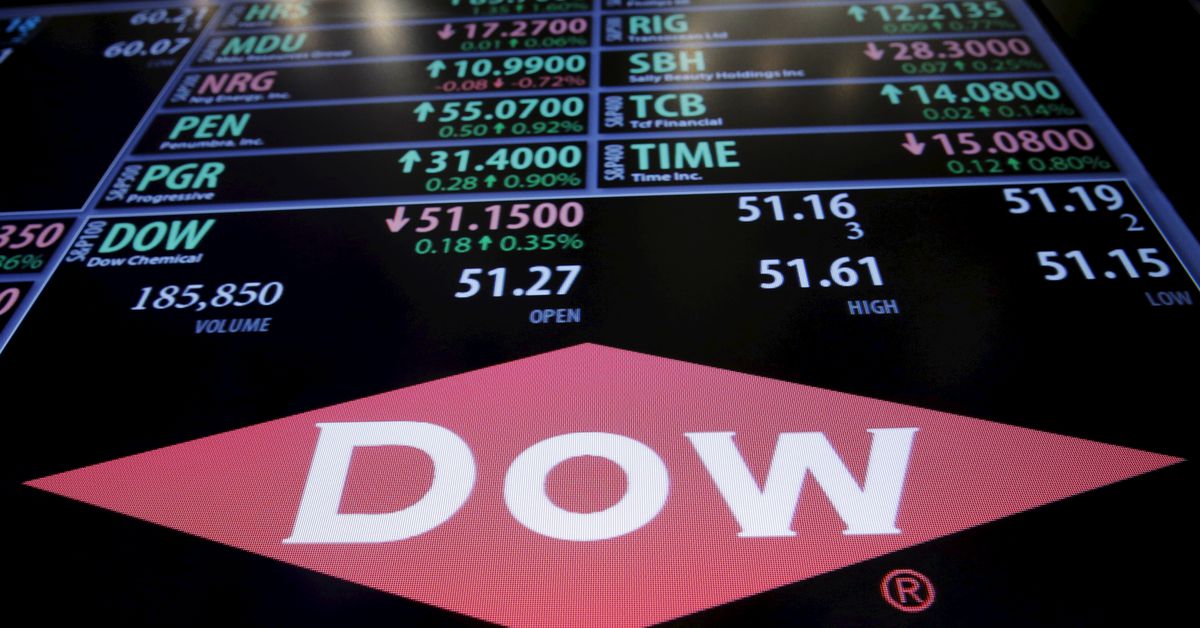 The company, however, estimates sales for the current quarter below Wall Street’s expectations and $400 million to the main benefit from costs and inflationary pressures.

“We expect global energy markets to remain volatile in response to geopolitical dynamics and weather in the Northern Hemisphere, and we continue to expect lower consumer spending, particularly in Europe,” Chief Financial Officer Howard Ungerleider said during the earnings call.

Eurozone inflation that reached a record high of 10% in September will impact Dow sales from the Europe, Middle East, Africa and India (EMEAI) region, which accounted for nearly 36% of total revenue last year.

On the bright side, Dow expects polyethylene prices to stabilize in the current quarter and high demand in the upcoming holiday season for personal care products that use its chemicals, which could offset some of the headaches.

Apart from that, its cost reduction measures including a colder plant for its crackers, reducing the cost of turning, changing the production to high-performance polymers and reducing the supply of logjam in the US Gulf Coast will also help.

It estimates fourth-quarter net sales in the range of $11.5 billion to $12.0 billion, compared with the Wall Street consensus of $12.30 billion, according to Refinitiv data.

“We suspect that the 4Q comments point to a more difficult 4Q than investors thought,” KeyBanc Capital Markets analyst Aleksey Yefremov said in a note.

Regardless, Dow’s operating income was $1.11 per share in the third quarter ended September 30, beating market expectations of $1.08 a share.

Reporting by Ruhi Soni in Bengaluru; Editing by Anil D’Silva and Shinjini Ganguli