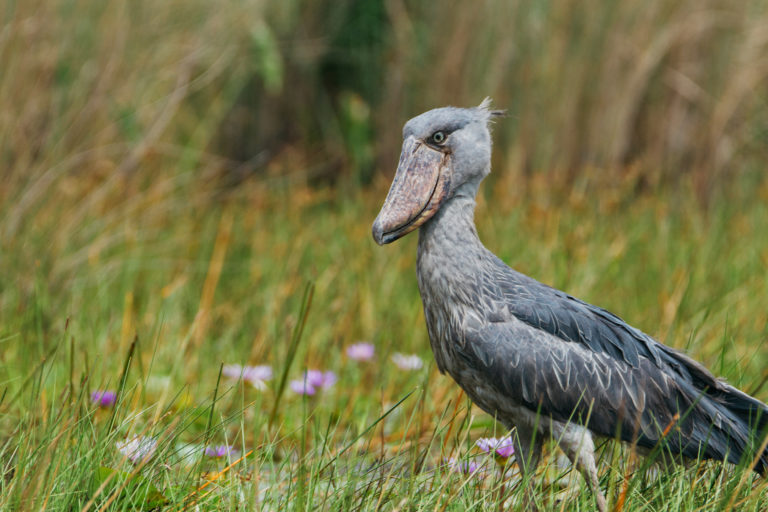 On October 18, 2022, Ugandan President HE Yoweri Kaguta Museveni delivered a keynote address at the African Energy Week held in Cape Town, South Africa between October 18 and 21.

During his speech, President Museveni discussed the decision of the European Parliament on September 14, 2022 that urged TotalEnergies to suspend the development of the East African Crude Oil Pipeline (EACOP) project for a year while studying an alternative that is less environmentally and socially damaging.

In his keynote address, the Ugandan president made the case for the development of EACOP. He noted that Uganda will continue to develop the country’s oil and gas as the oil and gas industry will provide funds for investment in renewables. He also noted that it will enable the production of liquefied petroleum gas (LPG) for public use to save Uganda’s forests.

Moreover, President Museveni noted that he is happy with the Ugandan partners who have designed the EACOP project to have a lower carbon footprint than other oil and gas projects.

Are President Museveni’s talks about investing in Uganda’s oil and gas projects making sense? These arguments have been made before, and the African Institute for Energy Governance (AFIEGO), the Ugandan non-profit I work for, has shown that the arguments do not last.

First, arguments that the carbon footprint of Uganda’s oil and gas projects are low are both economic and factual. In the assessment of the EACOP carbon base project, for example, France’s TotalEnergies, which is developing EACOP alongside the China National Offshore Oil Corporation (CNOOC) and the Ugandan (and Tanzanian) governments only responded to Level 1 of the EACOP project release. . .

According to information contained in the EACOP project’s Environmental and Social Impact Assessment (ESIA) report for Uganda produced by Total in 2019, “direct emissions in Uganda from the EACOP project will be between 11–18,000 tonnes of carbon dioxide equivalent per year throughout the year . 25-year cycle” of the project.

However, experts who reviewed the ESIA report at the invitation of the Ugandan government pointed out that “many sources of emissions are left out (only ‘use’ is ‘possible’ [pipeline] future heaters are taken into account). They went on to say that “the statistics are not transparent and the results appear to be unreasonably low.”

An independent calculation made by scientists from the Environmental Law Alliance Worldwide-USA showed that the final user or product use emission (Limit 3) of EACOP is more than 34.3 million tons of carbon per year in high production. This is equivalent to the emissions from nine coal-fired power plants.

Scientists, including those sworn in before the East African Court of Justice (EACJ) following the AFIEGO and our colleagues’ lawsuit in 2020 for the EACOP project, noted that the total value of the pipeline is 377.6 million metric tons over 25 years.

To say that the carbon footprint of EACOP and Uganda’s oil projects is low is only telling part of the story.

President Museveni also argued that the use of Uganda’s oil and gas resources will reduce pressure on Uganda’s forests, since 94% of Ugandans depend on firewood and charcoal to meet their cooking needs. The argument is that LPG will replace coal and wood cooking.

This is unlikely to happen, however, as energy products in Uganda are often priced above the threshold that most Ugandans, millions of whom live below the poverty line, can afford.

In addition, President Museveni failed to mention that the exploitation of oil and gas in Uganda’s fragile Albertine Graben is increasing the pressure of land grabbing in the region. This led to the clearing of one of the few remaining rainforests in Uganda, Bugoma. Now the forest is being destroyed.

I would like to mention the false information that has been shared by Ugandan government officials and their collaborators. These have tried to lower the environmental quality of EACOP. For example, underestimating the biodiversity risks of the pipeline, they have argued that EACOP will not kill lions or hippos.

Available information however indicates that EACOP will directly affect – or will be located in – the ‘zone of impact’ of key wildlife habitats in Uganda and Tanzania. These forests include Wambabya and Taala in Uganda.

Furthermore, the pipeline will cross rivers such as the Wambabya River, the Kafu River and two tributaries, the Nabakazi River, and two rivers and the Katonga, Kibale and Jemakunya rivers in Uganda.

The above ecosystems are not only habitats for small invertebrates but also large animals such as endangered chimpanzees, lions and hippos. Habitats will be lost or degraded as a result of EACOP.

Tanzania EACOP ESIA 2019 truly understands that “I [habitat] the loss … will have long-term implications [as (the) forest(s) will take a long time to return to their original condition].”

Another misinformation being shared is that EACOP will not affect Lake Victoria. However, both the Ugandan and Tanzanian EACOP ESIA reports are clear: the pipeline will affect the wetlands and waterways of Lake Victoria.

Modeling done by scientists to determine how the lake would be affected in the event of any oil spill shows that there are high risks of contamination of the lake at some point.

Because the EACOP crosses the Kagera River in Tanzania, which is a tributary of Lake Victoria, the vulnerability of the lake to being adversely affected in the event of an oil spill is increased.

Traditionally, as acknowledged by President Museveni, Africans have lived in harmony with nature. They should continue to do so by championing renewable energy in risky projects like EACOP.

Dickens Kamugisha is the CEO of AFIEGO.

Related angst from Mongabay’s podcast: A discussion on how disarmament affects people and the environment in Africa with two expert guests, listen here: