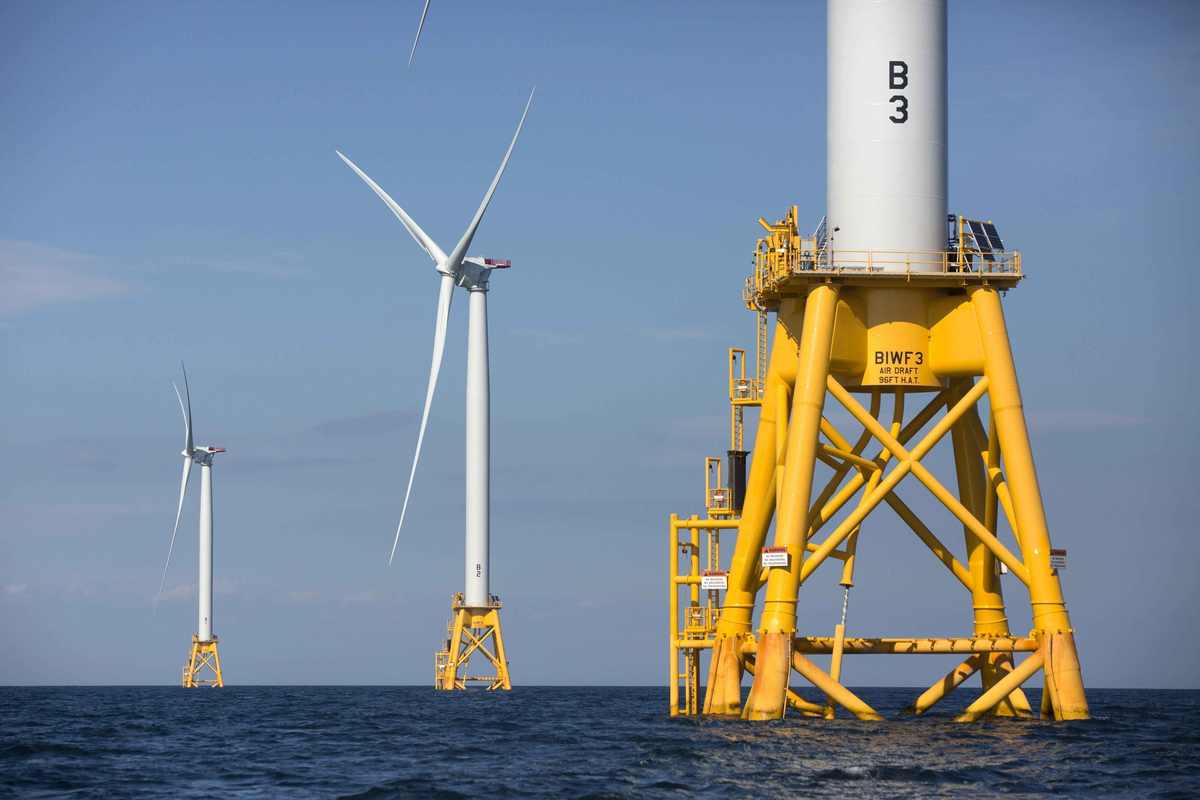 A wind farm off the coast of Massachusetts says it will not happen without changes to the energy contract with the government, citing rising global energy costs and a supply crisis that could cool the emerging market as it prepares to ramp up turbines in the US.

Avangrid Renewables said its proposed Commonwealth Wind farm off the coast of Martha’s Vineyard “cannot move forward” without changes to a power purchase agreement filed earlier this year that caps how much Massachusetts’ utilities will pay the wind developer for electricity. produces, important information in obtaining financing for a wind farm.

Now, it may need to be renegotiated.

In a Massachusetts Department of Public Utilities (DPU) filing on Oct. 21, the company requested a one-month freeze on the government’s review of the previously entered power purchase agreement, citing “unprecedented commodity price increases, rising interest rates, and supply shortages” as factors affecting whether the wind farm “remains economically viable and can be financed under current conditions.”

Avangrid’s warning – supported a few days later by Mayflower Wind, the developer of one upcoming offshore wind project – is the strongest signal yet that the cooling trend in renewable energy projects could move to the offshore wind sector.

“The whole environment, not just offshore wind, is very focused on these economic issues and how this affects the ability of projects to go forward,” said Chelsea Jean-Michel, wind analyst for Bloomberg New Energy Finance.

Energy costs and supply constraints have crippled the global economy – the damage caused by the Covid-19 pandemic. Russia’s war against Ukraine has also upended the global oil market, driving up fuel costs worldwide and fueling inflation, which has a chilling effect on many clean energy projects in the pipeline.

The offshore wind sector is somewhat insulated from immediate impacts, due to the projects’ long runway — only two offshore wind projects are currently approved for construction in the US, although more than a dozen are seeking the federal green light.

Wind developers enjoy a favorable political climate at present. The growth of offshore wind is a priority for the Biden administration, which has committed to raising 30 gigawatts of offshore wind by 2030. It is also central to many state goals, including Massachusetts’ goal of net-zero greenhouse gas emissions by 2050.

Commonwealth and Mayflower – developed by Shell New Energies US LLC and Ocean Winds North America – can produce up to 1.6 GW of energy and reduce 2.7 million tons of carbon dioxide, according to the state.

Massachusetts selected the 1,200-megawatt Commonwealth wind project and the 400-MW Mayflower project last year in the state’s third round of wind bidding. The contracts, called power purchase agreements, were filed with state regulators in May (EnergywireMay 26).

The Mayflower contract came in at $77 per megawatt hour of power, and the Commonwealth has committed to delivering power at $72 per MWh, according to the government.

The government had estimated that wind projects would reduce consumer electricity bills by about 0.1 percent to 0.8 percent.

The DPU did not respond to a request for comment by press time.

In its filing, Avangrid emphasized that Commonwealth Wind could be a project that provides cost savings to state customers with “minor changes” to the power purchase agreement.

“The spirit of the Commonwealth is waiting to show the teams that the Project, even if it is a small increase [contract] The price required to achieve the performance, will continue to be less expensive, reduce the debt of the taxpayers, and protect the taxpayers from the types of prices of the commonwealth due to the increase in the cost of natural gas,” said the company in its filing.

The filing was not a complete surprise. The Boston Globe reported last month Commonwealth and Park City Wind, an offshore wind farm serving Connecticut customers, may be delayed due to supply chain issues and contract negotiations.

In a filing last week, Mayflower agreed with Avangrid that a one-month delay would be prudent. A Mayflower Wind spokesperson said in an email that the wind project is “subject to the same supply chain, cost, and economic challenges that other offshore wind developers face.”

“It’s about economics. “The purpose of the temporary suspension and review of the PPA will ensure that the Mayflower Wind project continues to be based on sound economics and secure its financing,” said Kelsey Perry, Mayflower Wind’s public relations coordinator.

“Given the importance of the Mayflower Wind project in helping the state meet its 2030 clean energy goals, and the importance of the offshore wind industry to the Massachusetts economy, we have chosen to support Avangrid as it seeks to amend its PPA with the Commonwealth of Massachusetts to both.” Its project and ours can share in any changes that arise,” Perry said.

The company said that determining that the projects remain operational under the terms of the contract is very important because the Commonwealth and the Mayflower are “the first offshore wind projects in the region,” which affect government policies such as the goals of reducing greenhouse gas emissions and boosting the country’s economy.

Jean-Michel, with BNEF, said that what wind farms are raising is likely to be watched closely by other countries and the industry.

The issue is putting pressure on Massachusetts, which may want to avoid undermining what has been a competitive bidding process and opening the “floodgates” to other debates, he said.

Onshore, global economic pressures have driven the renegotiation of power purchase agreements, as well as delays in signing wind turbine contracts, he said.

The overall effect is that global economic conditions are discouraging renewable projects. Next year is expected to be a much slower year for renewables growth than 2022, and that trend could continue for several years before reversing, he said.

The offshore wind landscape is more “complex” compared to offshore, because lead times for developing projects are twice as long, stemming from changing economic and political conditions, he said.

The Affordable Care Act’s newly enacted package of tax credits adds credit to offshore wind projects, but is still being phased out for projects. Meanwhile, high costs are expected to remain high, but that is not certain.

“No one can predict how the economy will change,” said Jean-Michel. “It could go either way.”

Correction: Due to a reporter’s error, an earlier version of this story did not include a statement provided by Mayflower Wind prior to publication. The story has been updated to include his comments.