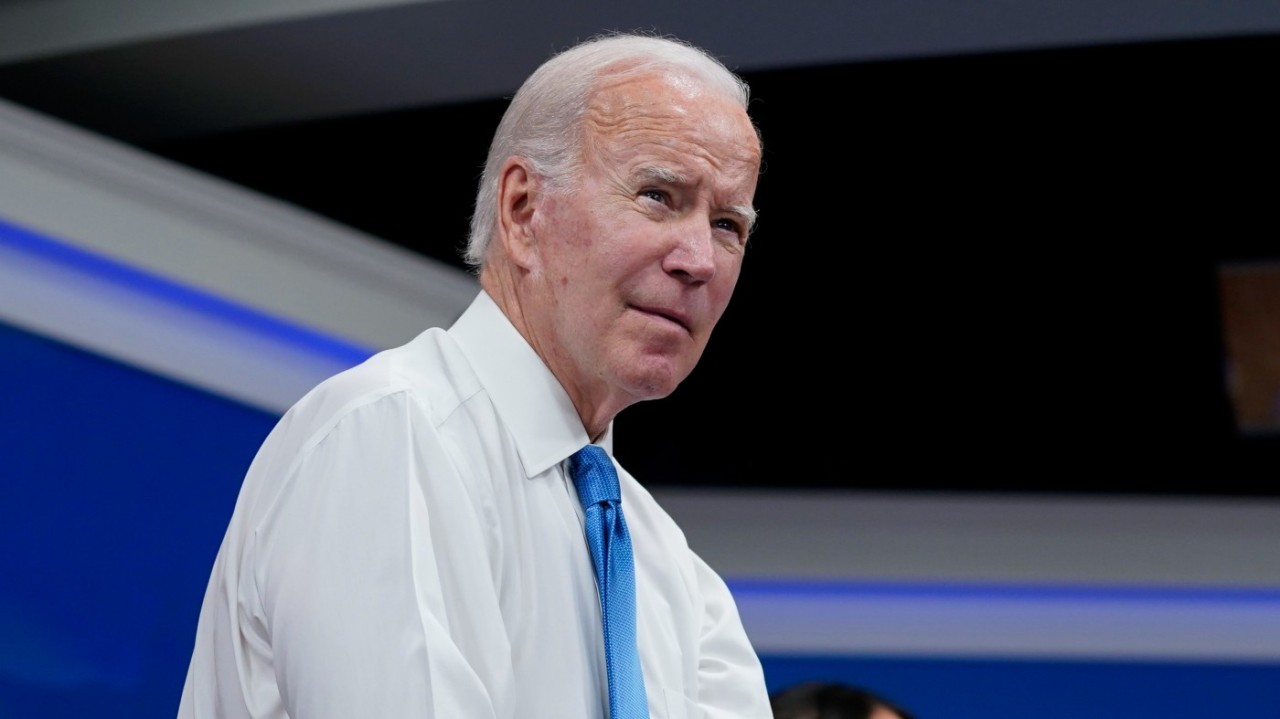 President Biden is stepping up his criticism of the oil industry ahead of the midterms and amid the sector’s huge profits.

Meanwhile, the US and the UAE are looking to encourage investment in green energy, and the UK leader is also considering attending the world climate summit.

This is Overnight Energy & Environment, your source for the latest news on energy, the environment and beyond. On the Hill, we’re Rachel Frazin and Zack Budryk.

The latest in politics and policy. Straight to your inbox. Sign up for the Energy and Environment newsletter

The Biden administration is taking big profits from oil companies as they look to give voters an answer to higher gasoline prices before next week’s midterms.

President Biden has always wanted to blame business for high prices, but he has stepped up his rhetoric after the big profits.

And while analysts say that large areas of the price are set by the world oil market, not by independent companies, the optics of a large profit while the Americans are trying to fight inflation gives the administration something to cling to.

In total, the seven major oil and gas companies combined raked in tens of billions of dollars in third-quarter profits, according to recent earnings reports.

“If these companies were taking average profits from refining, instead of the profits they’re making today, gas prices would be down about 50 cents,” Biden said Tuesday.

Mr Biden, during a speech on Monday, denounced higher wages as a “war spirit” citing the impact of Russia’s invasion of Ukraine in driving up oil prices. He threatened “higher taxes on their excess profits” and “other restrictions” if companies do not increase production.

Democrats are struggling to craft a winning midterm message as voters cite inflation as their top issue ahead of abortion and other topics ahead of Election Day.

Tom Kloza, global head of energy analysis at the Oil Price Information Service, said oil producers were “reserved” in their approach to new production, despite recent high prices, as there was a risk of volatility.

“The shale oil boom hasn’t taken off the way a lot of people thought it would,” he said.

“I don’t think they are breaking any rules, but almost every one of them was very wise, not wanting to go through another boom and bust period,” he added to the industry.

Kloza said the industry – and discussed oil refiners in particular – is benefiting from the current climate. But, he described it as similar to the high profits made by various industries under capitalism, rather than being unique to oil.

“Sometimes capitalism can be really extreme in terms of what people do and how much profit is made. That is probably true of pharmaceutical companies. It was true in the past for tobacco and it is true today for petrol,” he said.

Read more here, from Rachel and the Hill by Karl Evers-Hillstrom

US, UAE look to boost $100B in clean energy funding

The United States and the United Arab Emirates are partnering in an effort to promote $100 billion in clean energy funding for both countries and the developing world, the White House announced Tuesday.

The new Partnership for the Acceleration of Clean Energy (PACE) aims to deliver 100 gigawatts of clean energy worldwide by 2035 and focuses on developing renewable energy sources.

A press release from the UAE said the effort would involve combining both private and public funding.

White House press secretary Karine Jean-Pierre said in a statement on PACE that Biden is preparing to go to Egypt for COP27, the annual United Nations climate conference that begins on November 6.

British Prime Minister Rishi Sunak’s office has confirmed he will attend the COP27 climate conference, which begins this weekend in Egypt, days after saying the prime minister would not attend.

On Thursday, the spokesman for 10 Downing St. told the BBC that the newly appointed prime minister will not attend the United Nations assembly, citing “other pressing domestic commitments.”

However, on Monday, Sunak’s office appeared to back off, telling the broadcaster that Sunak’s plans were “under review.”

“The Prime Minister is focused on pressing domestic issues, which is largely preparing for the autumn report, so any attendance at the COP will depend on the progress of preparations for this financial event, and this work is ongoing,” said the spokesperson. “The Prime Minister fully recognizes the importance of the COP summit and is fully committed to addressing climate change.”

Appearing on the broadcaster’s “BBC Breakfast” show, British environment minister Mark Spencer said “the UK is very keen to play its part,” adding “that [Sunak’s] The diary allows him, he would like to go. ” Spencer was noncommittal when the BBC’s Jon Kay asked if he was “rubbing us to turn around.”

That’s it for today, thanks for reading. Check out The Hill’s Energy & Environment page for the latest news and coverage. We’ll see you tomorrow.