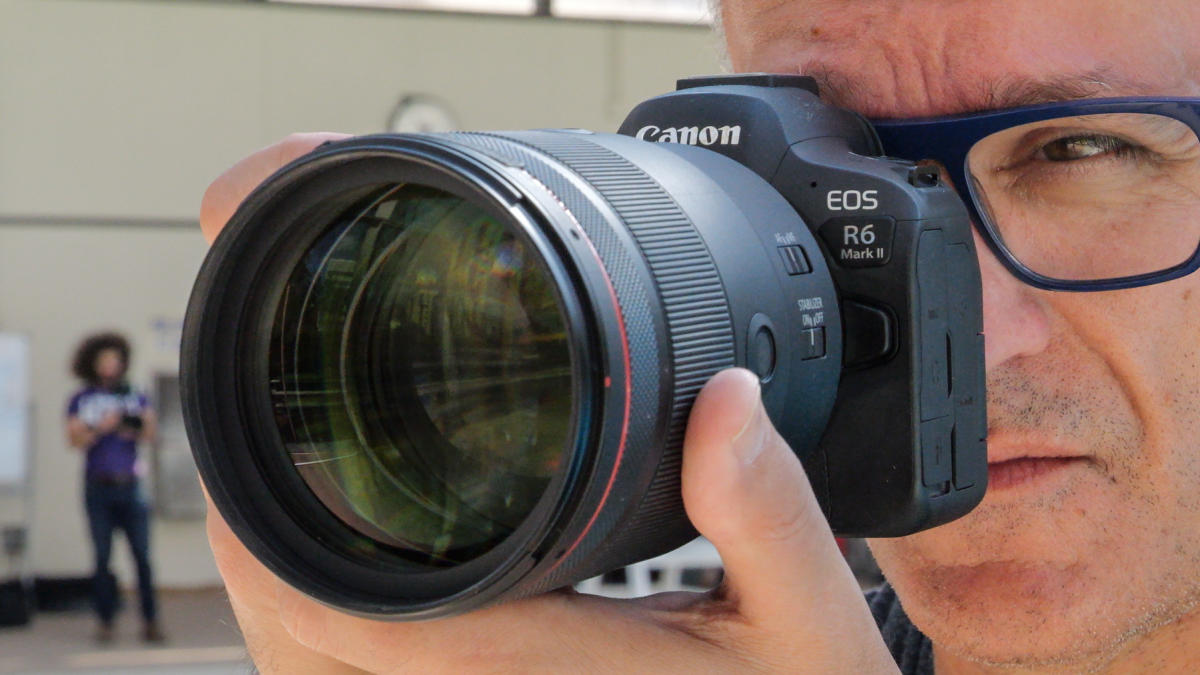 Two years after the launch of the original EOS R6, Canon has unveiled its successor, the $2,500 EOS R6 Mark II. It brings several key improvements, such as a higher resolution 24.2-megapixel sensor and faster shooting speed. Most importantly, Canon has greatly reduced the overheating issues of the previous model.

The EOS R6 was the best camera in this important price range when it launched, thanks to its speed, powerful video features and excellent Dual Pixel hybrid autofocus. However, once Sony’s $2,500 A7 IV has comparable capabilities, greater resolution and no overheating issues, the R6 loses that particular crown.

At a preview event in San Diego, Canon let me shoot the R6 Mark II prototype for a few days in a variety of sporting conditions. Since it’s not a production model and still has a few bugs, this isn’t a final review – but it did give us a chance to share some early impressions.

The EOS R6 II isn’t just a slightly improved ‘A’ of the original. It has significant physical and performance changes, starting with a new 24.2-megapixel sensor. As the rumor suggested, the stacked backlight (BSI) sensor is not from the EOS R3; There is a reason why the model is so expensive. But it does offer some advantages over the 20-megapixel chip on the R6.

Otherwise, it’s the same weight and size as the R6, and has the same case, menus, control layout and handling. It also uses the previous, great flip-up display for vlogs or selfies, dual UHS II card slots, and a 3.67 million-dot electronic viewfinder. And, of course, it comes with microphone and headphone ports, a USB-C socket and (unfortunately) a micro HDMI jack. It has a new in-body stabilization (IBS) system, but it offers the same 8 stops of shake reduction as the EOS R6.

The battery is the same, but Canon has increased efficiency, from 510 shots maximum on the R6 to 760 on the R6 Mark II. I shot more than 2,000 photos in one day without changing the battery, mostly using the mechanical shutter – amazing.

Mechanical shutter burst speeds are unchanged at 12 fps (RAW, full-frame), which is good considering the extra quality. However, you can now shoot RAW shots in silent mode at 40fps. What’s more, the R6 II now comes with a pre-shooting option (RAW burst), which captures RAW files for half a second before you push the shutter. It allows you to hold a bit of time, even if it reacts slowly with limited battery life. When I tested the feature, it allowed me to pick up a few shots (out of thousands) that I might have missed.

Those speeds are great, but not that useful if photos are ruined by an over-rotating shutter (hello Sony). Fortunately, there is a rolling shutter but it’s much more controlled than the R6, and much less than what I saw on the A7 IV. It can take a fairly large number of shots (about 70-75 uncompressed RAW files or 140 compressed RAWs) before the buffer fills up, and it starts quickly with UHS-II V90 cards. Still, it would be nice to see the CFexpress slot for faster shooting and better quality video files.

Autofocus on the R6 II is superior to any Canon model to date, including the R3, the company says. It now accommodates people, animals and vehicles including motorcycles, cars, trains and horses. And now it has an auto-select option that lets the AI ​​decide what to track, which should be standard on every mirrorless camera.

The AI ​​reliably tracked my subject’s eye, but it occasionally went off and wasn’t quite up to Sony’s high standards. In normal spot continuous mode (no AI), the automatics seem as accurate as the R6, nailing shots in most situations. It was occasionally confused by background or close-up subjects, but again, this was a prototype unit. These issues may be fixed by the December release date.

Image quality is difficult to assess at this point, as RAW files are not yet ready for viewing. But JPEG files looked great, with Canon-like warm skin tones and accurate colors. Low-light capability was surprisingly strong, with noise well controlled at ISO 6400 and beyond.

My biggest issue with the first EOS R6 was video, and specifically the overheating issues. That model can only shoot 4K 60p for 30 minutes, and only for another 10 minutes or so after it cools down enough to shoot again. Suffice it to say, it’s a serious problem for professional shooters.

Those issues are effectively gone, and Canon has also removed the 30-minute limit for recording. Now you can shoot 4K 60p for 40 minutes and normally it can go longer than that. Cropped 4K 60p has a 50 minute limit, and Ultra 4K 30p has no limit.

It also has better video specs overall. Internally, you can shoot 4K 60fps supersampling from a 5.1K portion of the sensor (or the entire sensor width with some pixel binning). 4K at 30fps over 6K sampling using the full sensor width. And now it supports 180 fps for 1080p, up from 120 fps. Recording files are still limited to MP4 and Quicktime, with no ProRes internally – a possible limitation of UHS II cards. Like Photos, there is no pre-shooting option that records 3 or 5 seconds of video in a loop before pressing the record button.

Additionally, the camera adds 10-bit 4K video and dynamic range from HDR PQ or CLog3. And you can even shoot 6K RAW to an external Atomos recorder, although this feature isn’t ready for testing yet.

As with photos, AF tracks people, animals and vehicles for video. In my limited testing, it performed well, only occasionally focusing in the background. So far, subject tracking isn’t as reliable as I’ve seen on the A7 IV, but again, it could be improved with some firmware or other tweaks.

The video was sharp and I didn’t experience any overheating issues in San Diego, where the temperature reached 80 degrees in the sun. 1080p 180p video is recorded with limited pixel binning so it looks a bit smoother and cropped 4K is also less quality compared to full frame 4K. I was happy with the colors, and the low-light video capability was fair to good.

Minus the thermal issues, the R6 II is a huge improvement over the original R6. But thanks to its higher resolution, faster speed and improved image quality, it looks like a better camera for photography – no stacked sensor required.

Canon’s entire RF ecosystem continues to evolve as well. Its latest lens is the stunning 135mm f/1.8, which joins 26 other full-frame prime and zoom lenses. So considering that this system was launched four years ago, it has matured remarkably. I can’t give you a final review for key features like image quality and autofocus, it’s still in the prototype stage. However, we expect to see a full review of the Canon EOS R6 Mark II after its launch in December.