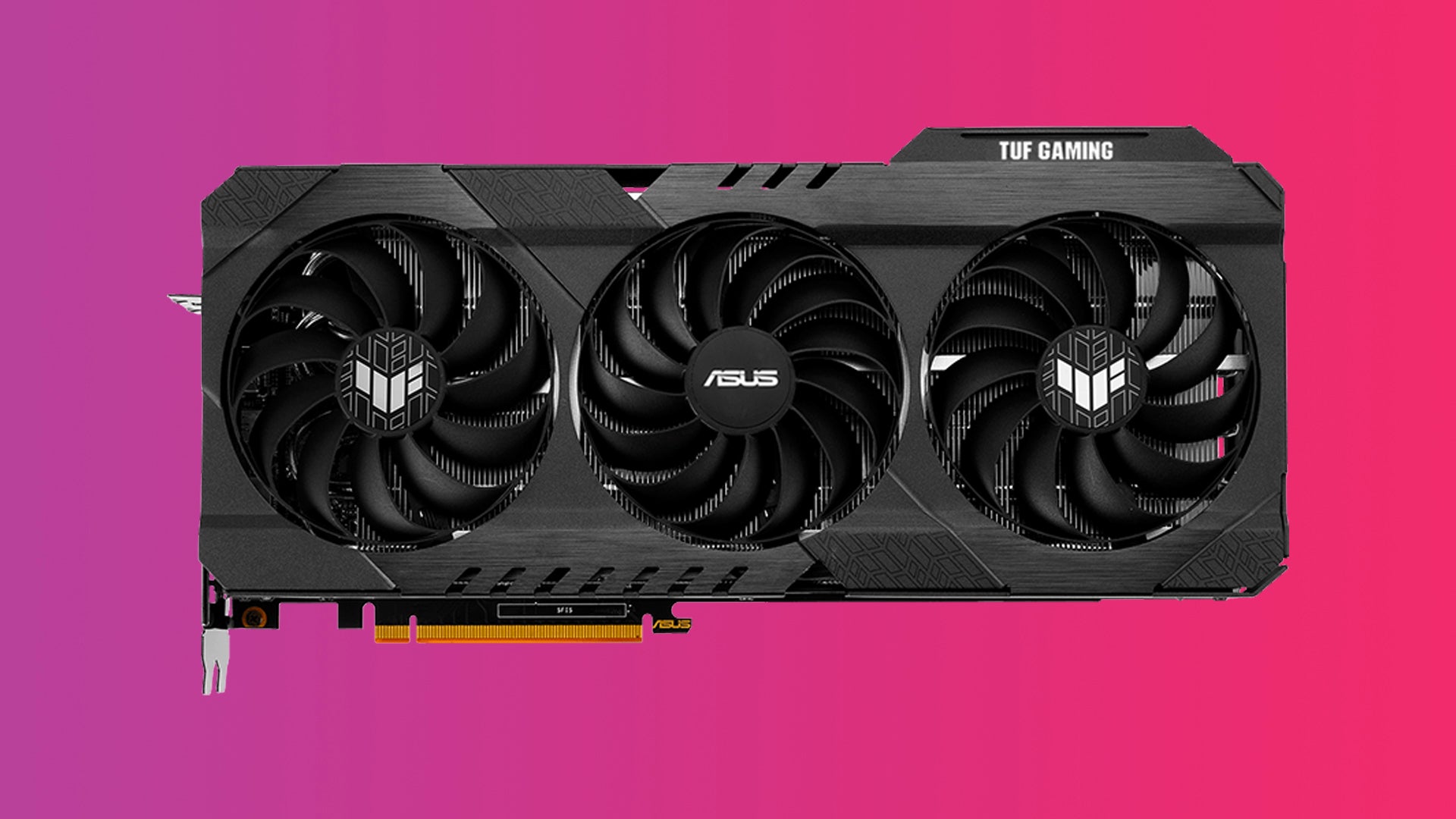 GPU prices always seem to drop, especially as we approach the release of a whole new generation of cards from Nvidia and AMD, and if you needed any further proof of current gen graphics cards becoming more affordable, this Asus Radeon RX 6800 XT TUF OC 16GB Model is £569 , giving you an extra £25 off the list price with the code AFF25 at CCL.

As RX 6000 series cards go, the RX 6800 XT is one of the best from AMD in recent years, and offers formidable gaming performance at both 1440p and 4K, as we detailed in our review. Specifically, we found the RX 6800 XT to offer solid frame rates at both resolutions, especially in demanding titles like Borderlands 3 where it averaged 62fps at 4K and 112fps at 1440p. It will also chew up games at 1080p resolution too, if you need it.

The 6000 series also saw the introduction of ray tracing, or RT, into AMD’s card fold, and admittedly, in our tests, the RX 6800 XT only put up similar performance levels to Nvidia’s cards a generation older – the RTX 2080 and 2080 Super. However, in a ray-traced title like Control, it’s still interesting to note that 1440p performance is at a playable frame rate, which marks a huge improvement over previous-gen RX cards, which had no RT at all.

There’s also the power of AMD’s SAM, or Smart Access Memory, which supposedly can help boost performance and truth be told, it can, albeit by just a handful of FPS. It comes at the expense of needing a few hoops to jump through the series of motherboards you’re using and the generation of Ryzen processors in your system. For that, you need to have a 500 series board and a Ryzen 5000 series processor, and a recently updated motherboard BIOS (November 2020 onwards), if you want to try SAM.

However, the RX 6800 XT is a solid GPU to use in your system, especially if you’re looking for great performance at both 1440p and 4K, especially with this Asus model also looking sharp with its mean black and purposeful shroud wirh triple fan , as well as a very good price point for a card this powerful.