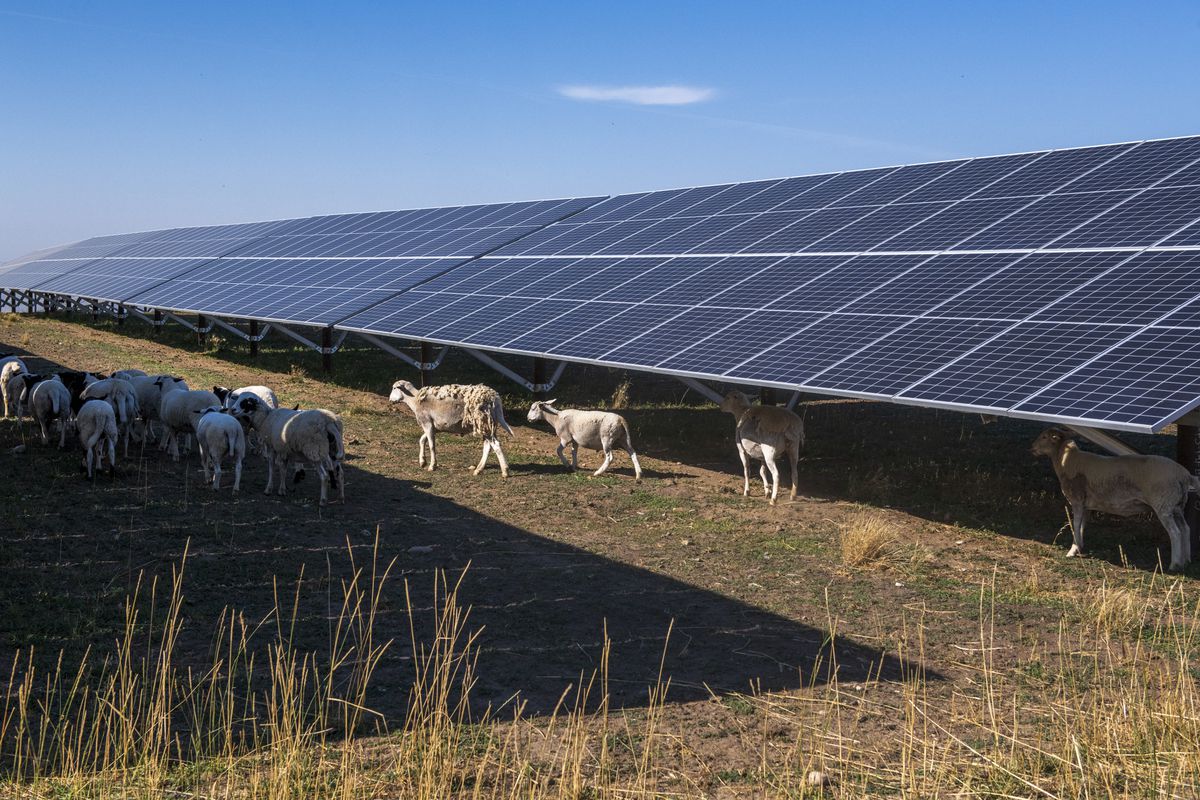 If you are reading this on the web or someone sent this email to you, you can sign up for Globe Climate and all Globe newsletters. Right here.

Good afternoon, and welcome to Globe Climate, a newsletter about climate change, the environment and resources in Canada.

The polar bear migration is happening right now, and you have the chance to watch them gather on this polar bear live cam. You can also take a Tundra Buggy tour in Churchill, Mand., to see polar bears as they wait out the winter sea ice in Hudson Bay.

Viewing hours are now 10:00 am until 5:30 pm EDT. Thanks to explore.org and Polar Bears International, Frontiers North Adventures, Parks Canada and the Churchill Northern Studies Center for coming together and making this available.

Now, let’s catch you up on some news.

Jeffrey Jones is a Globe reporter for climate, environment and resource groups who regularly writes about sustainable investing. Dive Deeper This week he talks about his road trip along Highway 3 in Alberta, where a multi-million dollar renewables boom is changing the landscape.

This summer, I traveled east of Lethbridge, Alta., to research a story about renewable natural gas, and a potato farming family that jumped into the waste-to-fuel business. After a tour of the facility, I mentioned to one of the owners that projects like his, and the surprising number of solar and wind farms we’ve seen operating in the region, seem to go against assumptions about Alberta and its energy mix. He agreed, and said that Highway 3, which runs through the southern part of the province past the farm, was gaining a reputation as a “corridor of energy transition.” That stayed with me.

After a while, looking at what was happening in the industry, it became clear that Highway 3 was allowing for an abundance of green energy that many Canadians – and Albertans – were unaware of. Billions of dollars are pouring into wind, solar and other projects in a surprisingly diverse range of prairies, rolling farms, badlands and the foothills of the Rocky Mountains. In this process, the project transforms and removes carbon from the province’s power plant, while providing economic benefits to the community.

But how do you tell the story of the renewable energy boom in an area known for oil and gas? I got the travelogue-style idea from Ryan MacDonald, the Globe’s energy and environment editor, and he was game. The idea: Get behind the wheel and head west on Highway 3, stopping at renewable energy projects along the way.

On a few bright and unusually warm days in early October, Calgary-based photographer Guillaume Nolet and I hit the road to take a closer look at wind and solar farms and other facilities, and talk to those in charge about how to breathe and shine. conditions, favorable investment climate and technological improvements are fueling the clean energy boom. Along the way, Guillaume took amazing pictures of the unique landscape of southern Alberta in the fall.

Here is the story of the trip, we hope you will take the time to read it.

What else did you miss?

Brian Porter: The last barrel of oil must be Canadian

Kerry Bowman: Brazil’s election could determine the future of the Amazon rainforest

Richard Littlemore: The crisis of melting ice hangs over us all

Mark Carney has denied that major US banks are considering pulling out of his global network of financial institutions. weeks after media reports that the group is in danger of breaking up due to legal concerns.

The group, called the Glasgow Financial Alliance for Net Zero (GFANZ) collectively aims for net-zero carbon emissions in their industry. Mr Carney said he was moving ahead with requiring the 500 member institutions to disclose data showing their emissions targets and plans.

Each week the Globe will profile a Canadian who is making a difference. This week we highlight the work of OnTheVerge producing the new sci-fi TV show, The Goldilocks Mission.

No! We’re at OnTheVerge, a new product company focused on climate change awareness for youth and young adults. Our new sci-fi TV show Goldilocks Mission is an eight-part series that presents the real science on the causes and solutions to climate change. Starting with young writers, we create an inspiring story that combines entertainment and education. We have developed an advisory board of climate scientists, clean energy companies, engineers and youth leaders.

Goldilocks Mission it is rooted in spirit and our connection to one another. At the center of the story is a young woman named Mia who was born from the universe and must lead a mission of epic proportions. We hope to entertain even weather skeptics using the Unreal Engine and new photography technology.

Entertainment uses the power of imagination. Now, more than ever, we must come together and imagine what is possible with science and the human spirit. We are doing this series for our children first. Follow us at otverge.com

Do you know someone who is married? Someone who represents the real engines of change in this country? Send us an email GlobeClimate@globeandmail.com to tell us about them.

Photo of the week

We want to hear from you. Email us: GlobeClimate@globeandmail.com. Do you know someone who needs this newsletter? Send them to us Brochures paper.