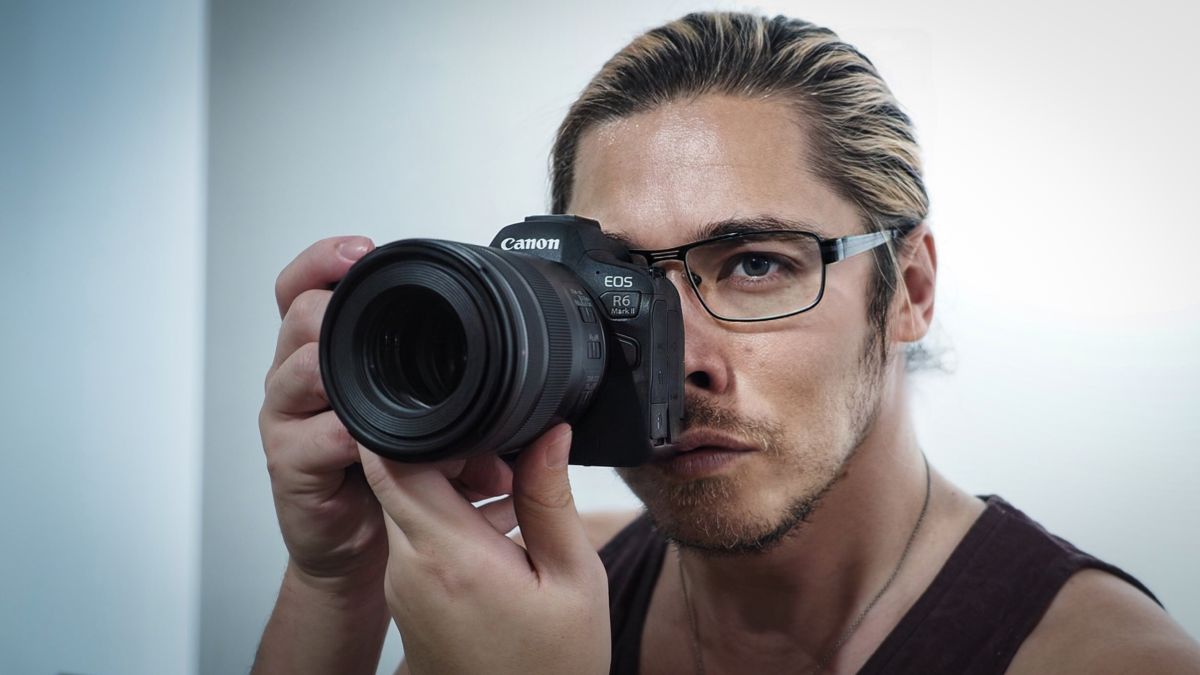 Fun fact: Canon EOS R6 Mark II was given the name ‘Predator’ before the official announcement. And aside from grinning, as it recalls the classic Schwarzenegger flick, the name is surprisingly apt – because if it were an animal, this camera would pack teeth like switchblades, razor-sharp claws, venom sacs and speed on foot. To chase away anything foolish enough to attract his attention.

Still, the Canon EOS R6 Mark II is more than a high speed. From the full-width, 6K-oversampled video to the new-24.2MP sensor with the ability to pre-record both stills and video so you don’t miss a microsecond of the action, this is the most fully-loaded mid-range. Camera on the market.

As mentioned, the Canon EOS R6 Mark II is a step up from the R6 in many ways. Chief among these is resolution, with a new 24.2MP image sensor (compared to the original’s 20.1MP).

The maximum continuous shooting speed has been doubled, from 20 fps to 40 fps (when using the electronic shutter, the mechanical is still set at 12 fps), which records both JPG and RAW images.

The new sensor allows the camera to capture full-width 4K 60p video (including 4K 60p HQ, downsampled from 6K) as well as 1080p footage at up to 180p – an increase from the previous 120p recording. If you want to use the R6 Mark II as a webcam, for live streaming and video conferencing, now you can simply plug and play via USB – no additional drivers or software required.

Both stills and videos have a pre-recording feature, which allows the camera to start taking photos or videos even before you press the shutter (0.5 seconds for stills, 3 or 5 seconds for video), ensuring you don’t miss a moment. Even if your finger slows down.

The formidable autofocus is now even better than before, taking the Dual Pixel AF II algorithms from the R3 and combining it with even deeper learning. As a result, tracking now extends to two subjects: horses and airplanes (in addition to birds, dogs, cats, cars, motorcycles, and trains).

The Mark II is identical in size, weight and performance to the original – and retains a degree of weatherproofing. However, there are some key changes to note.

First, the power switch: off. Well, not entirely – gone is its old location on the left shoulder, replaced by a dedicated stills/video switch, which is great for this camera’s clear focus on hybrid shooters. The power switch is now placed on the right shoulder under the rear exposure dial – which should please street shooters who like to arm their cameras with one hand.

Another change is to the joystick, where the familiar R5 and R6 inputs have been replaced with a new design (which can be customized). It lacks the curved edges at the top-left, top-right, and center-bottom of the stick—so if you’re familiar with the previous design, you might find your thumb slipping without even realizing you’re there. Disc edge.

Canon has made some important tweaks to the menus. Best for us is setting the hotkey-like shortcuts to three ISO shortcuts so you can quickly tap the ISO menu and scroll the vehicle or jump between them without swiping the screen.

The new Q2 menu is also very appreciated; Working just like the original Q menu, this one gives you a special quick menu for customizing your video settings (the Q1 menu is dedicated to photo settings). Again, this camera is designed to cater to hybrid shooters rather than feel like a photography-first tool.

While we weren’t able to test out the new AF subject tracking modes, we can confirm that tracking and locking does an incredible job on human subjects, as there were no horses or airplanes when we had the camera.

We were photographing a group of dancers, and no matter how they turned, twisted, buckled or pirouted, the Canon EOS R6 Mark II could never keep them in focus. Once again, like the original R6, this camera offers the best AF performance money can buy.

That extends to video recording as well, with a new face-only AF mode that comes straight from the Cinema EOS line. With this selected, if the face is tracked and leaves the frame, the AF will not shift focus to the background; Until the face enters the frame, it maintains focus where it is, where it continues to track as before.

If we talk about video, everything is installed on the Mark II. Not only do you get full-width 4K, but you can record 6K 60p ProRes RAW over HDMI (3.7K ProRes RAW in crop), there’s no 29:59 recording limit, and the circuitry has been redesigned to keep the camera up to speed. 40 minutes of upsampling 4K 60p or 6 hours of 4K 30p. There are also new exposure tools like false color to make sure your footage is the right brightness.

Magic performance is certainly not limited to video. That 40fps burst with a buffer of 190 JPEG/75 RAW images is absolutely ridiculous. When not shooting at high speed, the buffer can be unlimited; We held the hood for 10, 20, 30 seconds and he didn’t even take a breath.

There are other welcome creative additions like in-camera focus bracketing – which, unlike other Canon cameras, does the compositing in-camera rather than requiring you to do it manually in external software. And thanks to improved stabilization, up to 8 stops depending on your lens choice, you can do it without a tripod. A 100-shot stack, handheld, and the results were perfect.

Unless you’ve slipped on a banana peel in our lab test, it’s hard to see how the Canon EOS R6 Mark II disappoints. This hybrid camera packs obscene firepower on both sides of the coin, recording 6K video and 24.2MP stills at an impressive 40 frames per second.

This is actually a component designed equally on photography and videography, evidenced by the changes made to the physical controls and the menu system. The back-and-forth between the two midfielders is rarely easy or packed with much oomph.

This is Canon’s best 6-series camera to date, and a great little brother to the Canon EOS R5 for those who don’t need the ultimate solution but still want premium performance.