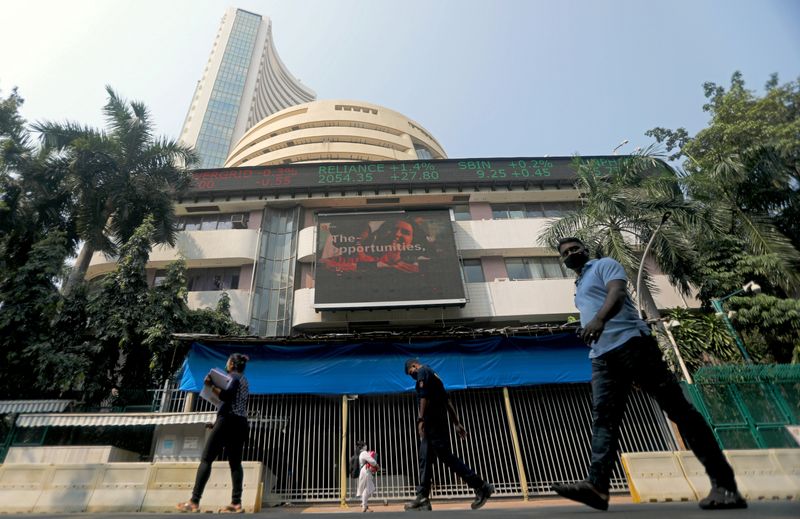 BENGALURU (Reuters) – Indian stocks may have had a weak start on Wednesday, after gains for four straight sessions, amid worries in other Asian equities and Wall Street overnight ahead of the decision of the US Federal Reserve’s policy meeting.

Overnight, a survey showing US job openings unexpectedly rose in September hurt hopes the Fed might slow the pace of interest rate hikes.

The Fed is widely expected to raise interest rates by 75 basis points on Wednesday, while investors will be looking for clues about the central bank’s future rate hike plans.

The Reserve Bank of India’s Monetary Policy Committee meeting is also pending. Scheduled for November 3, the policy-setting committee will potentially discuss its response to the government over its failure to maintain its inflation target for three consecutive quarters.

On the revenue side, Adani Transmission Ltd, Jindal Stainless Ltd and Mahindra & Mahindra Financial Services Ltd are among the companies expected to report their quarterly results later today.

** Metals-to-oil conglomerate Vedanta Ltd expects annual revenue of $50 billion in the next two to three years, roughly double the revenue forecast for fiscal year 2023, as it looks to ramp up production, including metals used in electric car battery, said its chairman.

** Sun Pharmaceutical Industries Ltd on Tuesday reported a 10.5% rise in second-quarter profit led by a surge in specialty drug sales.

** Voltas Ltd posted a loss for the second quarter on Tuesday, hurt by higher expenses and one-off expenses related to contract terminations.

(Reporting by Rama Venkat in Bengaluru)