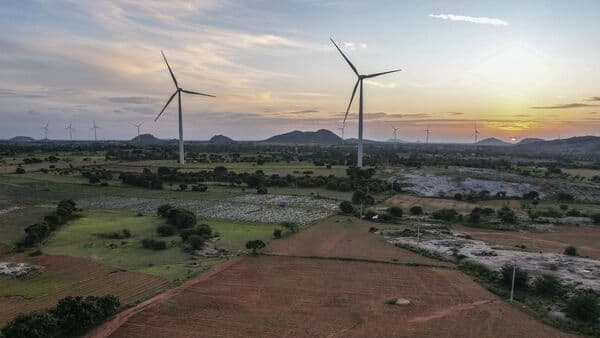 India’s renewables sector is growing, and the country is projected to add 35 to 40 gigawatts of renewable energy annually until 2030, enough to power up to 30 million homes annually, a report said Thursday.

The Center for Energy Economics and Financial Analysis estimates that India, the world’s third-largest energy consumer, will reach 405 gigawatts of renewable energy by 2030. – fossil fuel resources at the end of the decade.

The Indian government estimates the country will produce more renewable energy – 500 gigawatts – in the same period. Currently, fossil fuels account for 59% of India’s installed energy capacity, but are expected to make up just 31.6% of the energy mix by 2030.

“Although there have been disruptions in India’s clean energy journey due to the war in Europe among other reasons, India has big plans,” said Vibhuti Garg, report author and senior energy expert at IEEFA. Hunger will only increase with economic and population growth.

He added that the low cost of renewables and the need for clean energy sources to prevent climate change have driven the growth of the sector in the country, which is the third largest exporter of renewable energy in the world.

No other country’s energy needs are expected to be as large as India’s in the coming years, as living standards improve and its 1.3 billion population grows.

Although the country has made significant strides in clean energy, experts say there is still room for improvement.

He added that there should be a “planned retirement plan for existing coal power to give a clear signal that we are moving towards clean energy” and that the current fossil fuel subsidies in India should be reversed.

But shutting down coal and moving to green energy requires funding. Recent estimates say India will need about $223 billion in investment to meet its 2030 energy goals.

Longtime observers of India’s clean energy transition point out that rooftop solar power is also in short supply: the country has just 7.5 gigawatts of installed solar out of a planned 40 gigawatts by the end of the year.

“The challenge is that different countries have different solar policies. “We don’t have a universal policy in this sector,” said Aditya Lolla of the London-based environmental think tank Ember.

Lolla added that other renewable energy projects also need to be scaled up.

“We really need to raise the prices of construction. This year we are installing 1.7 gigawatts every month and we should hit 3.7 gigawatts,” he said. Soon.”

This story was reprinted from the agency’s feed wire without editing.