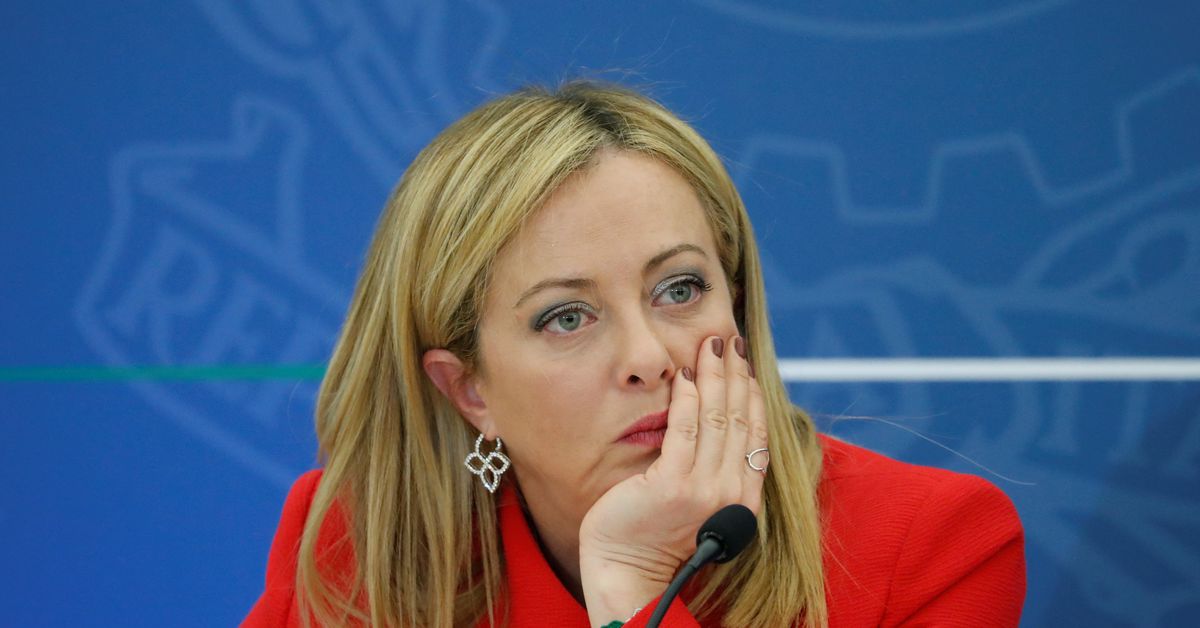 MILAN, Nov 24 (Reuters) – Italy spends about 5 billion euros ($5.2 billion) a month to protect firms and families from high energy prices, Prime Minister Giorgio Meloni said on Thursday, complaining that the bill would be endless without of EU action.

“It will be difficult without EU measures to meet these costs,” Meloni said while speaking from the sidelines of the annual meeting of the association of Italian municipalities (ANCI) in the northern city of Bergamo.

He spoke as EU energy ministers locked horns in Brussels over the European Commission’s proposal to cut gas prices to 275 euros per megawatt hour (MWh), part of the bloc’s response to the energy crisis caused by Russia’s war in Ukraine.

The minister of energy and environment in Italy, Gilberto Pichetto Fratin said on Wednesday that the plan of the commission is insufficient and is set too high, and it risks price speculation instead of having it. ($1 = 0.9631 euro)