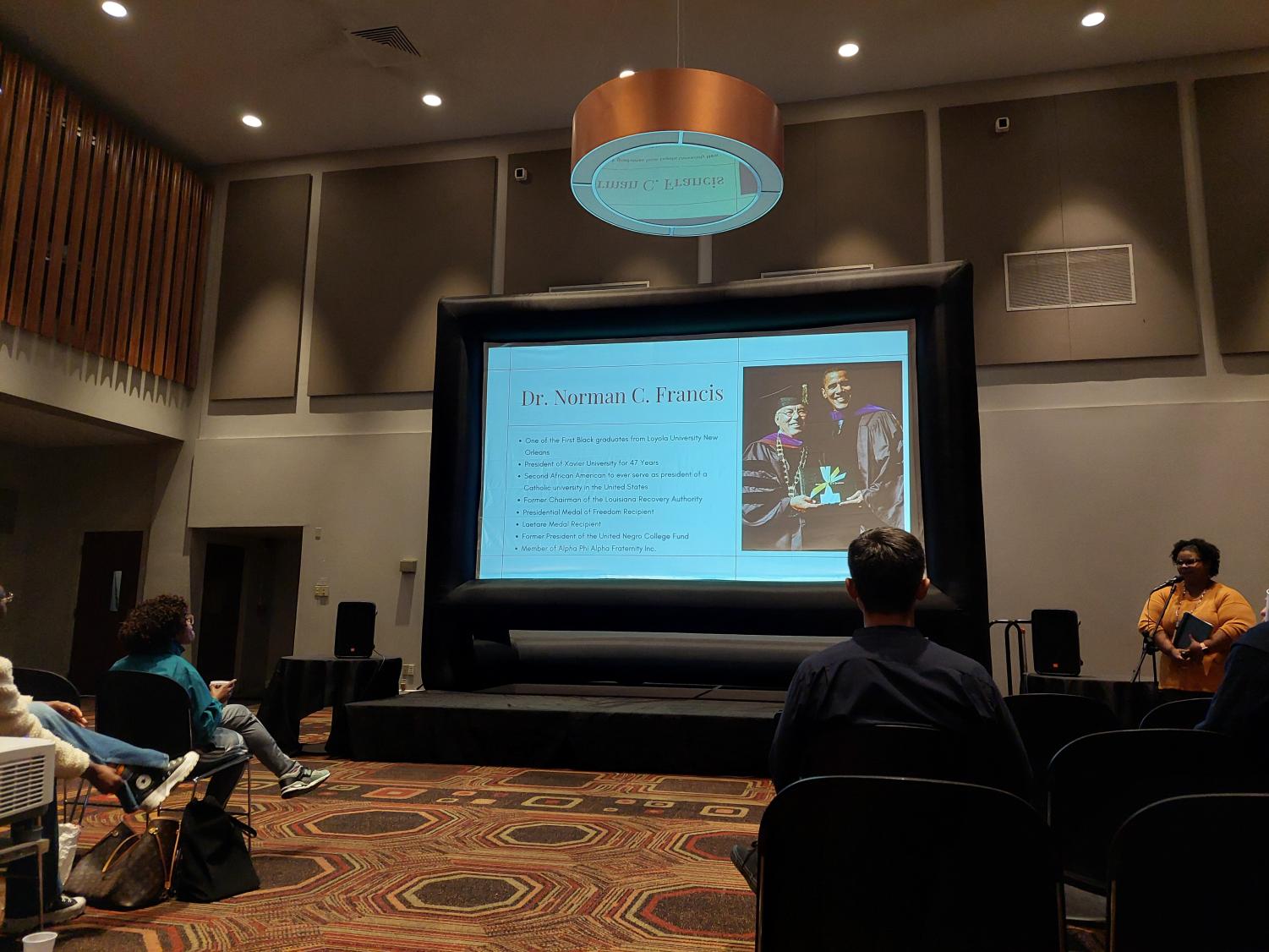 Loyola recently hosted four public events from October 13 through October 20 to celebrate the renaming of Carrollton Hall to the Blanche and Norman C. Francis Family Hall. The rebranding was announced in June of 2022.

According to Kedrick Perry, Loyola’s vice president of equality and inclusion, the purpose of these events is to celebrate Francis and his achievements.

Jay Davis, associate director of residence life, echoed this sentiment and said the events and name change are intended to highlight the life and legacy of the entire Francis family, including Norman. C. Francis and his wife, Blanche.

After the photo shoot, Nia Woodside, a female psychologist, said she was happy with the change.

“He left his mark as the first African-American to graduate from our school, and he really inspires people of color on this campus,” Woodside said.

Blakeley Cathey, a communications and business major, also participated in the photo audition.

They joined “because … of wanting to support the continuation of the legacy of Norman C Francis at Loyola University New Orleans.”

“The name change is a small but important step for Loyola,” said Shelbi Bias, a senior double majoring in finance and accounting. “I appreciate the desire to recognize someone who has done so many wonderful things for New Orleans.”