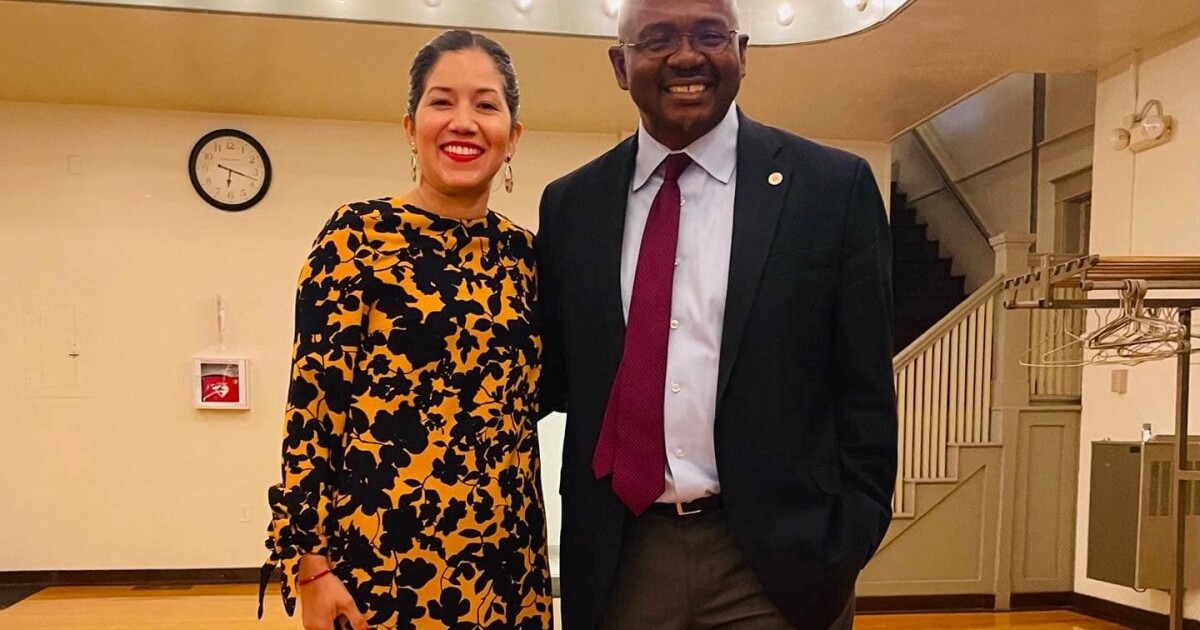 Shortly after the COVID lockdown was lifted in March 2020, Yolanda Alonso arrived in Bloomington with her husband and their 3-month-old daughter.

Like many people, the challenges of the disease meant that the family did not make much effort in the next few years. But when the society opened, Alonso – who comes from the north of Mexico – began to study the Bloomington-Normal area this year.

She and her husband, Efraín Ocón, an engineer at Rivian, said they wanted a culturally enriching experience while they were here, especially for their young daughter Margot. This gives the family time for library stories, museum exhibits, family activities and seasonal fare—like visiting the Haunted Trail in Normal, or the flea market. gardens in Downtown Bloomington.

Along the way, Alonso noticed that his family was one of the few Latinos involved in mainstream media.

There is a real need for more Spanish-language media options in the area, Graunke said. For thousands of people, Spanish is their first and sometimes only language.

Cindy Bedolli said the Illinois Press Association has no Spanish-language media representatives outside of Cook County.

“It’s great to know there’s an opportunity for the community to have that information in one place,” Graunke said. Events can be open to the public. But it is often introduced in English marketing efforts. “Yolanda doing those posts in Spanish and English invites our Spanish-speaking community to be a part of them,” Graunke said.

As Latinos en BloNo gained more than 500 followers in a few months, WGLT spoke with Alonso about his goals for building a bridge between Spanish speakers, and the wider community. .

This interview has been edited for clarity and length.

WGLT: Are you from Mexico, and have you lived in the United States for several years in several different places?

I have been here in the United States for six years now. In Bloomington, my third year. I came with my family – my wife and my daughter.

What made you create this blog?

I am a mother of a child. We were looking for events or something to do with my daughter. We love the library, the poems, the things to do.

I noticed that there weren’t many Latinos in these places – just us. So, I started asking myself why. Are they working, or don’t know where to look? Why only us?

I just started asking some Spanish speakers, ‘Do you know where to get information? Or what does the community have to offer?’ And they say ‘No. We are struggling with English. This is the first time we have been to the United States. It’s overwhelming.’

Well, I have media skills. So, I tried to share what I know. That’s the idea.

You are a journalist for more than 10 years in Torreón. It is in the Mexican state of Coahuila. Can you tell me that?

I have a bachelor’s degree in journalism and communication, and a master’s degree in business administration. (Alonso is the co-owner of Amelia Torreón, a clothing business in her hometown.

I worked for 11 years in a newspaper – as a photographer, reporter, editor, assistant editor, macro editor.

How did you find that experience related to the Latinos en Blono blog?

Now I am “everything.” I am the photographer, the writer, the editor – I am my boss.

Have you received any feedback from the community?

Yes. Well, now I know a lot of Latinos. Then they started saying, ‘Hey, thank you. Now I know what to do. … I went to the band or the parade. And it was really great, amazing for the kids.’

A new study by Illinois State University’s Stevenson Center for Community and Economic Development shows a $1.2 billion economic impact from nearly 12,000 immigrant to Bloomington-Normal. What value is there – for the general public – for your blog to reach, now, hundreds of people?

I think it’s a win-win. You know? Many people come to this place. And, we need houses, we need cars, we need food. We need entertainment – we need everything.

As everything is growing, we can work together with that.

Latinos in Blono joined the Illinois Art Station in teaching a piñata class. Can you tell me that?

We worked together – Conexiones Latinas and Latinos en Blono. We spoke with Illinois Art Station Executive Director Hannah Johnson, and we just started a piñata workshop. September 17 was part of Hispanic and Latino Heritage Month (Sept. 15 to Oct. 15.) It was really fun, I was a teacher.

(Johnson said art teachers Jonathan Stein and Maggie Lesser collaborated with Alonso on the project. The collaboration marked IAS’s one-year anniversary in its new home, on Vernon Avenue in Normal. The non-profit organization wanted to use the opportunity to connect with the Latino community, and publicized the event as its aniversario de papel, or commemorative paper.)

You are the new board member for Conexiones Latinas de McLean County. What is the organization?

Conexiones Latinas is a non-profit organization. They are trying to help the Latino community come together – to support the Latino project here, in the area. We worked with the Diablos soccer team, over the summer. (A competitive senior football club from Bloomington that plays in the Midwest Premier League.)

We invited Latino athletes to participate. The children participated in the beginning.

Did you participate in Hispanic Heritage Month activities?

The city of Bloomington contacted me through the blog. As it happens, Reyna Grande is a writer. He went to the Miller Park Pavilion on October 15 to talk about his new book, “A Ballad of Love and Glory.”

(The event was sponsored by Latinos en Blono, Illinois State University’s Latin American and Latino/a Studies, and the Illinois Art Station. Grande is best known for her memoir “The Distance Between Us” about growing up in the US as an undocumented immigrant. His books are available in Spanish and English.)

Mayor Mboka Mwilambwe and Bloomington’s Diversity and Inclusion Director Michael Hurt also attended the event. This is the first Hispanic Heritage Month. The mayor told me that the next one will be even bigger, and that he wants to do more in the Latino community, not just in September and October.

Do you think that the presence of Latinos en Blono helped support the number of people who participated that day 15 October?

In a humble way, I will say yes.

Do you know how many people attended?

I don’t know, about 30 people in the afternoon signing books at Barnes and Noble. In the lobby, I think maybe close to 50. It’s a great start, for the city that is hosting a month of Hispanic heritage.