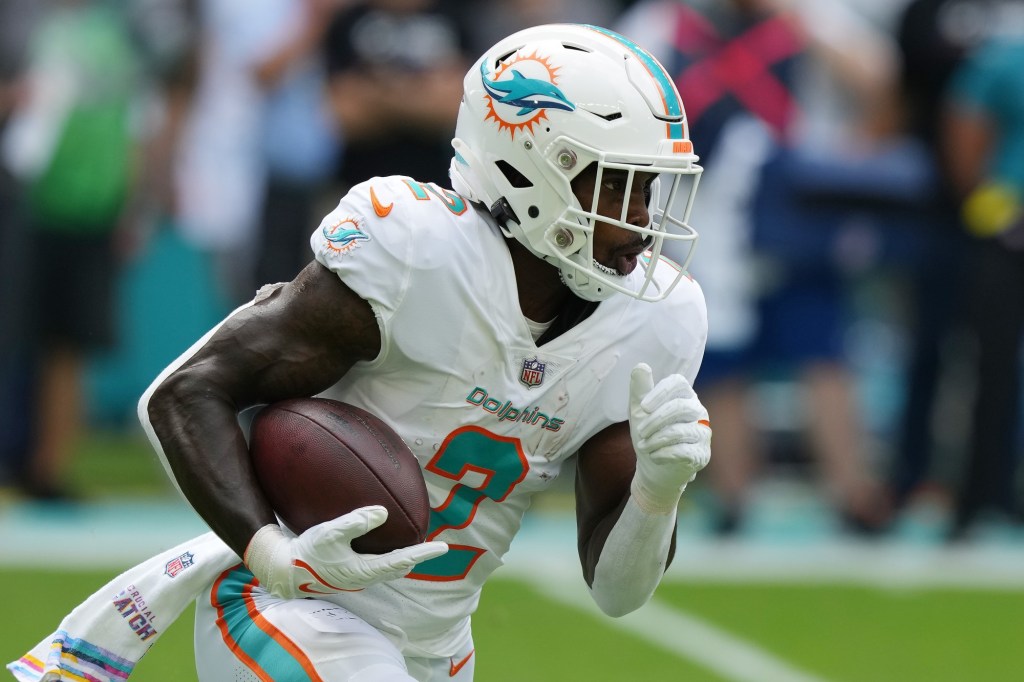 The Broncos sent Bradley Chubb to the Dolphins before the NFL trade deadline on Tuesday, a deal that not only gave Denver a 2023 first-round pick but also helped bolster the team’s running back corps.

Denver acquired running back Chase Edmonds in the deal.

Edmonds, 26, is a fifth-year pro from Fordham. He was drafted by the Cardinals in the fourth round (134th overall) in 2018, and spent his first four seasons in Arizona. Edmonds signed a two-year contract with Miami as a free agent last offseason.

This year, Edmonds had 42 carries for 120 yards and two touchdowns in eight games (two starts) as Miami’s No. 2 running back Raheem Mostert. Edmonds gives the Broncos another option in the backfield alongside Melvin Gordon and Latavius ​​Murray.

“It just brings more competition (to the runner’s back),” Patton said. “Edmonds complements what we have, and it’s a little bit different than what we have. We love Melvin, and he will still be our starter and he and Latavius ​​will rotate. (Edmonds) will be another piece of the puzzle.

The Broncos lost their top back when running back Javonte Williams suffered a season-ending ACL tear in a Week 4 loss to Denver in Las Vegas. Third-string cornerback Mike Boone is on IR after suffering an ankle injury suffered in the Week 7 loss to the Jets.

Denver ranks 22nd in the NFL with 108.4 rushing yards per game and has been crippled by injuries along the offensive line.