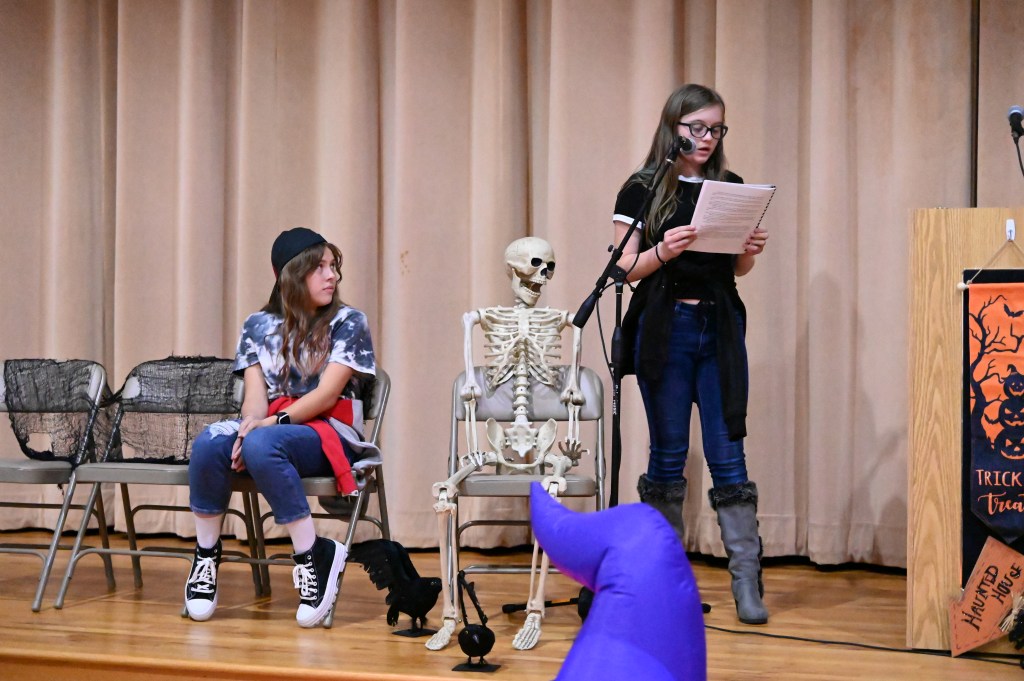 Harrison School turned into the scene of a horror story Thursday night. The Cañon City School District held its 15th annual Scary Story Night to celebrate the winners of the GATE (Gifted and Gifted Education) Scary Story Contest. Stories were scored for organization, grade-level appropriate content, word choice, and level of suspense. This was the first year that there were winners from all schools in the district.

Hattie Restand, a first-grader from Mountain View Core Knowledge, won first place for her story, “The Night Before Halloween.” She took the stage with the emotion of a young woman beyond her years to read her story.

“I really like to write. It was so much fun writing this story and reading it tonight,” Rustand said.

Carolyn Reed, a fifth-grader in Mountain View Core Knowledge, received an honorable mention for her story, “The Haunted Forest.” Grace Thompson, a fifth-grader at Lincoln School of Science and Technology, won second place for her short story “Black Dragon.” Hailey Rae Duprez, a fifth-grader from Washington, won first place with her story “The Girl in the Mist.”

Evans said the inspiration for her story came from sitting with her family.

“My whole story was original, I didn’t draw from anything in my life. Writing while at camp was really fun,” Evans said.

GATE is grateful to the many teachers, parents and grandparents who supported this student writing experience.