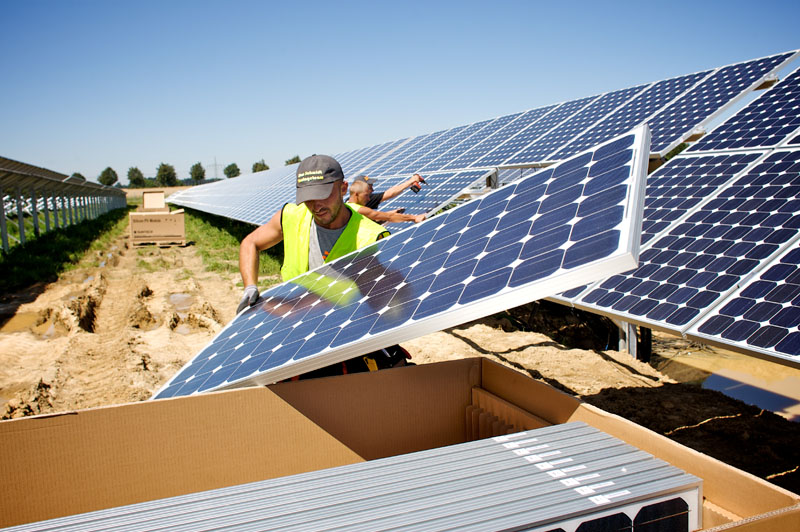 The war in Ukraine has created significant momentum for the European Union (EU) to diversify its energy sources and become independent of Russian oil and gas. In the short term, some key member states are scrambling to find alternatives—mostly from the MENA region, the United States, a few African countries, and Azerbaijan—by expanding gas supplies through existing pipelines and LNG shipments.

However, the EU faces the challenge of establishing a new model of energy security, sustainable in the long term and compatible with its climate goals, as defined in the EU Green Deal and Fit for 55.

Even before the COVID and Ukraine problems, the idea of ​​creating a new model of energy dependence between the EU and North Africa was in the works, where the latter would be ready to produce and export renewable energy, including green hydrogen. European Commission Vice President Frans Timmermans has remained a staunch advocate of this idea.

For their part, several MENA countries have supported significant growth over the past few years in the development of renewables, blue and green ammonia, and blue and green hydrogen in particular.

COP27 will provide additional impetus to renewed discussions and initiatives in the region, with the aim of encouraging further investment in renewable energy in the MENA region and connections to European markets.

Some low-carbon exports are already being shipped, as in the case of ammonia, a hydrogen-rich molecule that is often used in fertilizer but can also serve as a carbon-free fuel. Another way to transport hydrogen would be through existing gas pipelines, either combined with gas or on its own after conversion and retrofitting. North Africa and Europe are now connected by several gas pipelines, from Algeria and Libya to Italy and Spain.

There are also proposals, among local and international investors, for the future development of dedicated hydrogen pipelines. According to some views, even Saudi Arabia can be connected to Europe through this channel.

Another strategy to further strengthen EU-MENA energy cooperation will rely on renewable energy suppliers. Egypt, Cyprus, and Greece have been doing this for some time, as have Italy and Tunisia.

Such models are not mutually exclusive, as the distinction between them can enhance energy security.

There are, however, obstacles on the way to a new pattern of interdependence, especially regarding the structure of the expected demand for green hydrogen, the cost of production, and the scale of investment required.

A recent report from the International Energy Agency (IEA) and other agencies highlight that to achieve a path consistent with Paris worldwide, the supply of renewable hydrogen and low-carbon hydrogen will have to increase from less than 1 million tons per year. 2020 to 140-155 million tons per year by 2030. This means that production capacity will need to double annually from 2023 to 2030. In parallel, the cost of producing renewable hydrogen would have to fall by 40-55 percent over the course of this decade, to nearly $1 per kilogram in the best locations.

According to the same source, the scale of global investment required is equally large: “Hydrogen deployment consistent with the 1.5ºC scenario will require an annual investment of around USD 60-130 billion until 2030, compared to USD less than -1. billions invested every year, on average, over the past decade.”

However, the vicious circle of demand creation can be broken, on a regional scale, by the EU itself, as recently defined by the REPowerEU initiative. The proposal includes a production target of 10 million tons of green hydrogen by 2030 within the EU and the import of an additional 10 million tons through three corridors, one of which will go through the Mediterranean.

The amount of investment needed in the world is really big: some sources estimate 7-8 trillion dollars in the hydrogen value chain will be needed by 2050. This number, however, can be compared to the investment of 5.7 trillion dollars made in oil and gas upstream in the past. a decade.

Research and innovation in technology can lead to lower production costs, especially in electrolyzers. Several scenarios have been described regarding the possible evolution, in the current decade, of the costs of the electrolyzer and the transport of hydrogen. Under certain conditions that could lead to cost reductions, importing renewable hydrogen from North Africa by 2030 could be economically attractive to Europe.

The transportation of renewable hydrogen (as it relates to onsite production) is key to its future potential. Much will depend on the difference in the cost of producing renewable electricity and on the amount of investment required to develop adequate infrastructure (rehabilitation of pipelines, compressors, storage capacity, etc.). According to some analysis, for a distance of up to 3,000 kilometers, compressed hydrogen gas appears to be the cheapest option, especially in the case of pipelines.

The ongoing plans across the MENA region are encouraging, despite the continued reluctance of some countries in the region to keep new investments in oil and gas.

Finally, North African countries have much to gain from the new power relations with Europe, with the possibility of keeping part of the production in their markets and benefiting from job creation, skills development, knowledge and innovation. in a low carbon economy.

The time has come for the governments of the wider Mediterranean, apart from the EU institutions, to play an active role, by developing an appropriate regulatory framework, improving public and private resources, and creating a long-term strategy for energy cooperation and purpose. to achieve the broad goals of sustainability, growth, and transition to carbon neutrality by mid-century.

COP27 should provide the right context to further advance the development of renewable energy in all its aspects, including research, infrastructure, and transport methods, and production. Climate goals can only be achieved on the basis of concrete plans and investment decisions, which must be made early.

Giampaolo Cantini is a senior fellow at the Atlantic Council Global Energy Center.

I Institute for Global Energy promotes energy security by working with government, business, community, and community stakeholders to design pragmatic solutions to the geopolitical, sustainability, and economic challenges of the changing global energy landscape.