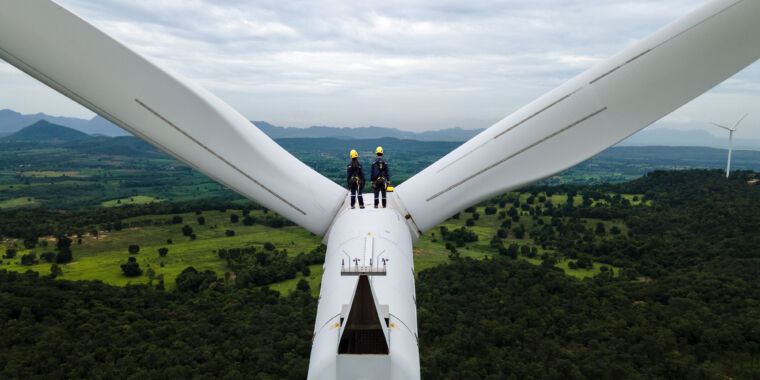 The past several years have seen an unexpected upheaval in the global energy market. Shutdowns during the pandemic response caused energy use to drop in 2020, but carbon emissions increased as the economy expanded in 2021. The beginning of 2022, however, saw Russia attack Ukraine and try to use its external power as a tool in European countries, leading to worries. regarding the recycling of coal and the associated increase in emissions.

As 2022 draws to a close, however, there are many signs that things won’t be that bad. Coal use has increased, but not as much as feared, and the growing renewables market has moderated its impact on emissions. Meanwhile, Europe has made rapid adjustments to its energy supply and appears to be in a position to meet potential energy needs this winter.

In many parts of Europe, energy consumption increases in winter when the cold weather begins. Most heating needs, and some electricity needs, are met by burning natural gas, and Russia is the continent’s largest supplier. With Russia’s invasion of Ukraine, European sanctions began a series of threats and then cut off natural gas supplies to Russia, finally ending with the apparent destruction of one of the most important natural gas pipelines.

All indications are that Europe will face a winter without imports of Russian natural gas. This has led to large increases in natural gas prices and increases in electricity prices for consumers even when demand is low. Northern European countries began planning for emergency conservation measures, and coal consumption was expected to rise dramatically.

But things are no longer as bleak as they were at the beginning of the year. Germany, already in its planned phase-out of nuclear power, has ordered its last operating plants to remain open at least through the spring, reducing the amount of electricity it must generate using natural gas.

High prices in Europe have also encouraged natural gas producers to liquefy the fuel and ship it to the continent—so much so that there is a shortage of ships waiting to unload their liquid cargoes in European ports. As a result of this and various conservation measures, the continent’s natural gas reserves are now about 90 percent of their capacity.

That supply, combined with policy decisions such as the price target, led to a drop in natural gas prices in Europe, large enough to wipe out the spike in prices that occurred earlier in the year. All this suggests that, as long as proper conservation measures are taken and Europe avoids any extended cold, it should get through the winter without much trouble.

Meanwhile, the International Energy Agency (IEA) has made the first analysis of the data for 2022 in order to project where energy consumption and energy emissions will end up. And things are looking better than expected. After 2021 saw an increase of 2 billion tons of CO2 For emissions, the IEA estimates that by 2022 they will see them increase by less than one percent, or about 300 million tons. The main factor behind this increase is a 200 million ton increase in coal combustion emissions.

But, the IEA argues, that could be worse. Much of that comes from the rise in coal use in Europe, which is expected to be temporary, as EU countries will have to scale back to meet their climate goals. And the IEA says that the huge growth in renewables means that the biggest growth in global energy use is emissions free. The IEA predicts that solar and wind production by 2022 will grow by 700 terawatt hours, the largest increase ever recorded. That was enough to avoid 600 million tons of carbon emissions – put differently, the growth of renewables avoided more than double the actual growth in emissions.

The IEA also points out that transport plays a major role in carbon emissions. By 2022 air travel is likely to return to 80 percent of pre-pandemic levels, with very little renewable fuel. But the update also cites the rapid growth of electric vehicles as an important factor in the further growth of carbon emissions (although it does not put numbers on their impact).

Overall, the trends look good here. Given their cost advantages, wind and solar installations are likely to continue to grow, leading to additional records for the amount of energy supplied. If recent growth in coal use proves as temporary as expected, that growth will involve the displacement of carbon-emitting sources. If so, then we can expect a return to the pattern seen in the middle of the last decade, where GDP growth was largely cut off from changes in carbon emissions.

The key question will be whether we can achieve a level of consistent GDP growth while emissions decline year after year. So far, the decline in emissions is too rare to say much about what might do it.