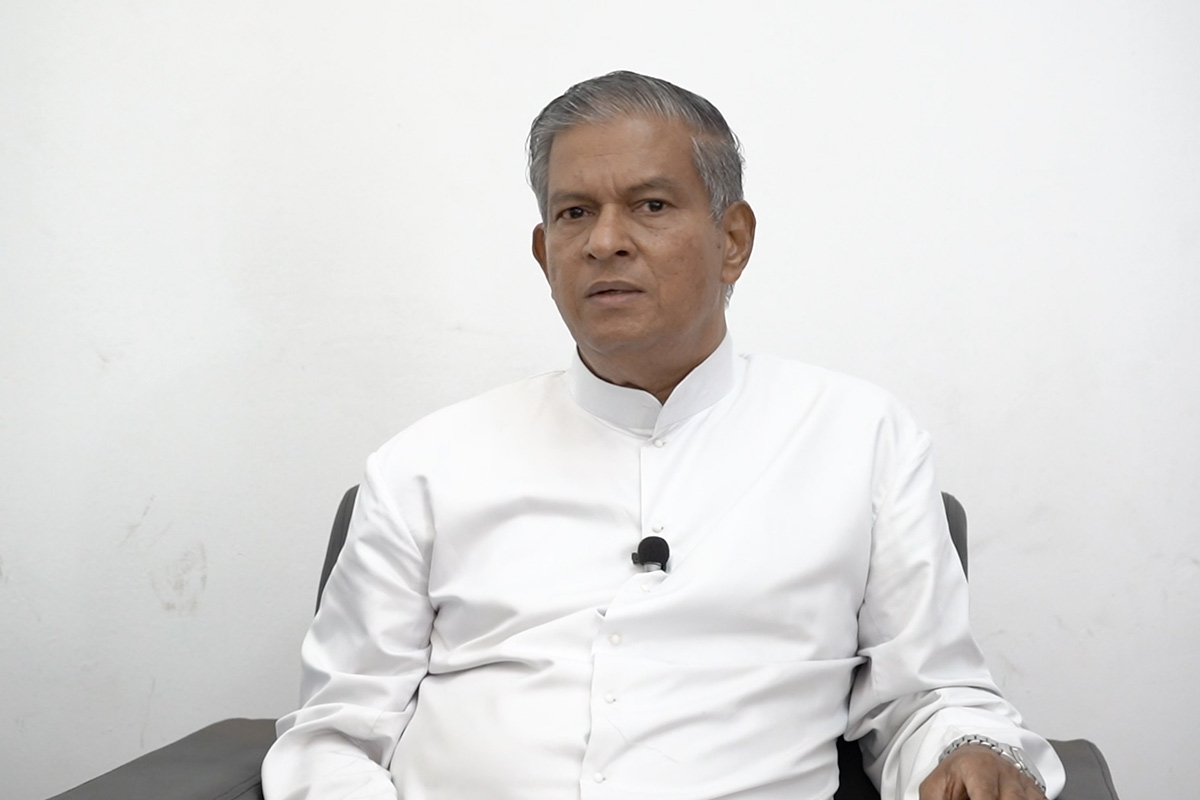 The protest by fishermen and other local communities in the coastal region of Vizhinjam against the construction of the International Inland Multipurpose Port in Kerala completed 100 days on Thursday, October 27. Chief Minister Pinarayi Vijayan recently said that talks with the Action Council reached a deadlock because of their demand to drop the port project. Fr Eugene H Pereira, Vicar General of the Latin Archdiocese, Thiruvananthapuram, who led the protest, told TNM that the Action Council wanted to temporarily stop work and not leave the port developed by Adani Vizhinjam Port Private Ltd (AVPPL), the company. Adani Port Special Economic Zone (SEZ) Unit.

Alleging that the CM had made misleading statements regarding the protest, Fr Pereira said he needed to introspect whether the government had taken any concrete decision regarding addressing their concerns. “Several discussions have been held with various sub-committees and government agencies. We had an open stand but the CM took pictures of us. Our struggle is to live, to conserve the coast,” he said.

Fr Pereira said they opposed the project because of the disruption the port construction activities would cause to their livelihoods, the adverse ecological effects and potential economic losses. “There will be an impact when stones are deposited in the sea for the construction of breakwaters. The best example of this is Muthalapozhi. Thazhampally village near Muthalappozhi has completely disappeared. Those who fished using kambavala (a type of net) on the beach can no longer do so because of beach erosion. About 40,000 fishermen lost their livelihood but no attempt was made by the government to assess this. Many had to go to other places for work. None of these issues are taken seriously,” said Fr Pereira.

The High Court said the construction of the port project cannot be stopped. HC in September asked the state government to respond to Adani Port’s contempt petition against the state government for failing to provide security for construction. When asked if the protest was against the government or the Adani group, Pereira said that what the Action Council was seeking was to stop dredging, which would have an ecological impact and conduct scientific studies.

“Shanghumukham beach is gone, the world famous tourist beach of Kovalam is on the verge of destruction. From Panathura to Valiya Veli, several houses have disappeared. Despite all this, the Chief Minister continues to blame climate change for the catastrophe in the region,” said Fr Pereira. The Action Council claims that coastal erosion is caused by port construction activities and wants appropriate studies and remedial measures.

The Vicar General alleged that the government was not prepared to address the concerns of people who were displaced by coastal erosion and forced to live in Food Corporation of India (FCI) godowns and schools. “They have lived only six kilometers from the state administration headquarters for the past four years. We have given several submissions, including to the CM, asking for their recovery. Four Cabinet subcommittees held discussions with us at this Bishop’s house. The promise given to us is that they will be restored. But then an announcement was made that Rs 5,500 would be given as monthly rent for them. That was a unilateral decision without consulting us. What Rs 5,500 can afford is worse than where they live now. There is no clear stance to rehabilitate people,” he said.

Read: Why Adani Port continues to seek connectivity to complete the Vizhinjam project

The government in October formed a expert panel to study if the construction of the port has caused any coastal erosion.

Pereira also claimed that the Action Council was not consulted when the panel was set up. “During discussions with the government we were told that our representatives would also be included in the expert committee but it did not happen. Then how can the government claim that six of the seven demands were accepted. Fishermen have lost their livelihoods due to coastal erosion resulting in migration. This issue has also not been addressed,” said Fr Pereira.

A study led by US-based researchers found that the construction of the Vizhinjam port was not causative factor for accelerated erosion along coastlines.

Commenting on the study, Fr Pereira said they doubted the motive of the research and had doubts that the researcher was speaking for the Adani group. “Many scientists through their studies show that the construction of breakwaters is the cause of erosion. Adani has brought various agencies to refute the facts raised by us. Some who now support the Adani port are those who opposed the project in the past. Now they may benefit from port contractors. There are 14 guidelines set by the Green Tribunal for the construction of Vizhinjam port. One of the conditions is that every six months coastal erosion and sea change must be studied. Even some people in the scientific community acted in favor of contractors and published false reports,” he alleged.

“We have appointed a panel to study coastal erosion. The report will be presented to the government and the public. Now, it seems that discussions with the state government have suddenly stopped without any sign of progress,” he added.

Watch the interview of Fr Eugene H Pereira to TNM